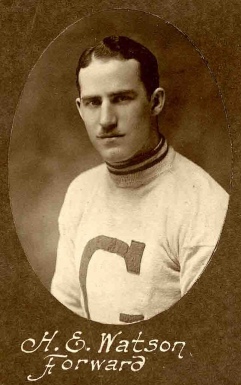 Jaromir Jagr isn’t the first right winger to be filing copy for newspapers even as he’s playing NHL hockey. Charlie Conacher was a Globe and Mail columnist in the 1930s, and an outspoken one at that. In the mid-1950s Boom-Boom Geoffrion had a writing gig at Parlons Sport around the same time that his fellow scribe and teammate Rocket Richard was using his column at Samedi-Dimanche as a platform from which (among other things) to blast away at NHL president Clarence Campbell.

And if you followed the syndicated column that Gordie Howe wrote in the 1960s you’d know that the reason the ice improved in the old Boston Garden around 1964 was because (in Gordie’s opinion) they’d reduced the number of trains through the North Station a level below. “They had little ripples in the ice from the vibrations caused by the trains,” Howe wrote. “The shaking also brought down dust filaments.”

Among left wingers, Montreal’s Aurele Joliat wrote a column for La Patrie in the 1930s, which appeared, sometimes, on the same page as that of a column by his friend and centreman Howie Morenz. Wayne Gretzky wrote for The National Post, of course, in the 1990s — although that was after he’d retired from the ice. I’m not sure that wrote is the right word, either: he helped Roy MacGregor write a column, is maybe what we’ll say.

For all the goaltenders who end up as TV commentators after they leave the game, I don’t know of any to have contributed a regular newspaper column while they were tending nets. There’s probably a good reason for this, which I’ll be sharing as soon as I discover what it might be.

Defencemen? Kevin Lowe is the only one I can think of. He was writing for The Edmonton Sun during the glory years of the 1980s, on a Radio Shack computer, ghost-free:

They must have liked my first column because they printed it exactly as I had written it except for spelling mistakes and misplaced commas and periods.

That from Lowe’s autobiography, Champions (1988), which he did get some help on, from Stan and Shirley Fischler.

I’m not forgetting the literary lesson learned by left winger Harry Watson, but I have left it until the last.

Watson never played in the NHL, though that didn’t keep him from the Hockey Hall of Fame, to which he was inducted in 1963. Born in St. John’s, he flew fighters for the Royal Flying Corps in the First World War. After the war, he skated for the Toronto Dentals and then, with the Toronto Granites, won successive Allan Cups in the early 1920s.

When the Granites went to the 1924 Winter Olympics in Chamonix in France, Watson was their scoring star. He chalked up 11 goals when Canada shellacked Czechoslovakia 30-0, and a further six when they plastered Sweden 22-0. He scored 13 in the 33-0 drywalling of Switzerland. In the final, he could only manage a meagre hattrick in the 6-1 win over the United States. It was good enough, still, for gold, I guess, and Watson was later elevated to the IIHF Hall of Fame for his efforts. His 1924 feat of filling the nets was also commemorated in 2008 as the IIHF’s 53rd most influentially significant story in hockey’s history. Which isn’t bad.

But: the lesson. Depending on how you want to look at it, it could be something in an Olympic vein, about humility and sportsmanship. Or maybe the moral is plainly practical, a simple matter of self-preservation.

From Chamonix, Watson was sending back dispatches for The Toronto Telegram. Ahead of the final, he predicted that Canada would beat the U.S. by a score of 10 or 12 to zip. Fair enough; at the same time, you can maybe understand why the Americans didn’t think that was polite. The result, according to The Toronto Daily Star, was “an exceedingly rough match.”

Bad feeling due to a remark that they would show up the Americans was shown from the start of the match and it increased in each period.

Watson was cross-checked in the face in the first minute of play — “but played a sensational game with a bleeding mouth.”

The Canadians had “science, skill and team work” on the their side, said The Daily Star.

The Globe said it was Watson’s nose that bled.