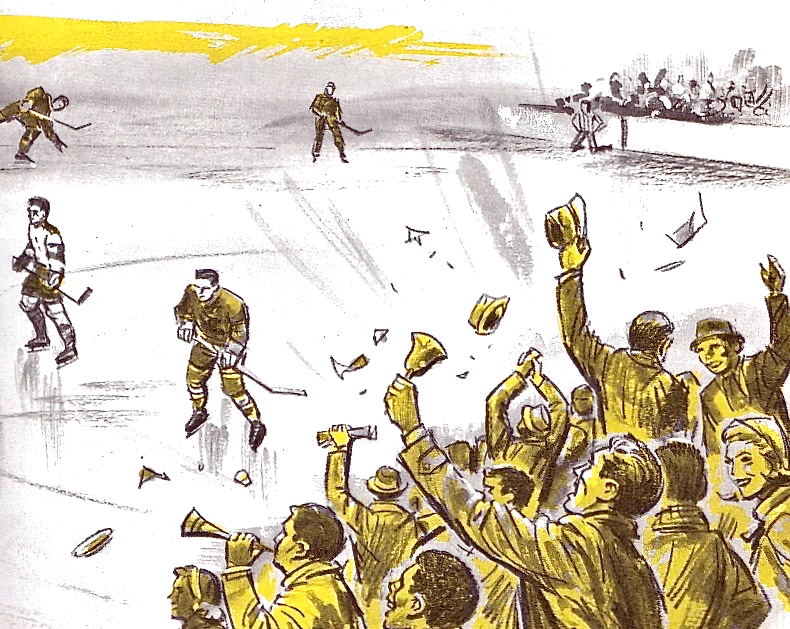 Some seasons it takes longer than others for the abolitionists to lift their voices. This year a whole week of NHL hockey passed before they piped up. Every year it’s the same refrain. Enough! No more! Time to act! How have we allowed this to go on so long? What is it going to take for the people who have the power to change things take the matter in hand and do what needs to be done?

I don’t mind the debate. I welcome it. Let’s get it going. I’ll start: it’s part of the game. To those who claim that it’s ruining hockey, let me just say that if that were true, it would have happened a long time ago. What about the danger to the players? They’re big boys: they know what they signed up for.

I could go on. I could tell how much worse it used to be: whiskey bottles, chairs, LP records. I’m not saying it necessarily does anyone involved any credit, but people who go to hockey games have always thrown stuff on the ice and always will throw stuff, as long as there’s ice and stuff and people and throwing. It’s part of the game. What else is there to say?

Yes, I understand why people were upset in Boston last week. The Devils were in to visit the Bruins. I don’t know if you saw this. The game went to a shootout. Boston’s Tyler Seguin was heading in on Devils’ goaltender Johan Hedberg when it happened: someone threw a hot dog onto the ice.

It landed behind Hedberg’s net and wasn’t, by all accounts, a distraction to either player. Didn’t matter. The referees and linesmen decided to invoke Rule 24.4 of the NHL rulebook, which governs penalty shots and spectators and objects thrown. Seguin repeated his shot, and his goal.

Eventually, the Bruins won the game. That didn’t stop the outcry that erupted after it was all over. If you saw the Boston papers the next day, you know that the … well, no, it actually wasn’t much of fuss at all. A few on-line commentators moaning about morons and hoping they’d be caught, banned forever, & etcetera. Bruins’ coach Claude Julien shrugged it off.

The biggest debate the next day had to do with what a Boston spokesman was calling an “unidentified food object.” Was it really a hot dog? Hedberg thought it might have been a hamburger. Someone said a pretzel. Or maybe a sausage roll?

“It looked yellow,” said Seguin. “It was quick. After it happened, I was kind of thinking that it must have been from the first bowl because it came hard across, not down, but I didn’t get a good view. I think it probably affected me more than the goalie.”