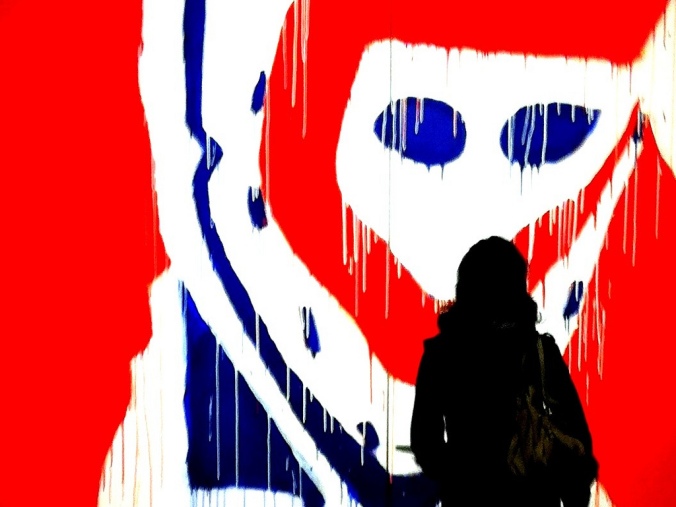 The Rangers’ coach, Alain Vigneault, sent a message this week to his scoreless forwards, according to Larry Brooks of The New York Post, and it was this: score.

“This is a big deal,” said Prime Minister Stephen J. Harper, and for a moment was it possible to believe that he was talking about his forthcoming hockey book? It was, but he wasn’t: he was in Belgium, touting a trade agreement with the European Union.

Allan Stanley died today, the Hall of Fame defenceman who helped the Toronto Maple Leafs win four Stanley Cups in the 1960s. He was 87. In Timmins, where he was born, his dad was the fire chief. He played for the Holman Pluggers there. His uncle was another Hall-of-Famer, Barney Stanley, and he was the one (says Kevin Shea, from the Hall of Hockey Fame) to tell young Allan that hockey players drink tea with honey between periods, so that’s what he did. Allan was supposed to be on a plane in 1951 with another Timmins defenceman, Bill Barilko, but he stayed home instead.

One of his nicknames when he played in New York for the Rangers was “Snowshoes;” another was Sonja, “as in Sonja Henie, the figure skater.” That’s what one fan remembered, later: the treatment Stanley got from the hometown fans was “heartbreaking.”

“They booed Stanley when he was on the ice and soon they began booing him even when he was sitting on the bench,” Paul Gardella wrote in 1981, the year Stanley ascended to the hall of hockey fame. “In desperation, the Ranger coach, Frank Boucher, decided to play him only in away games, but that only made matters worse.”

Newspapers called him this solid citizen in 1953, not to mention the husky 27-year-old and large, resolute and unmarried. He was the superbly conditioned big fellow (1966) and the quintessence of the NHL defensive defenceman (1996). He was a prospector in the off-season; in 1964, he had 36 claims nearby Timmins. 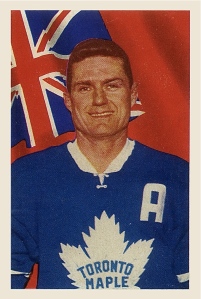 He went after the federal Progressive Conservative nomination in Timmins when he was 31 and playing in Boston, but the principal of the Schumacher Public School beat him to that, so he kept on with the hockey. He was a key piece of the Maple Leaf team that won the ’67 Cup, partnering for much of the year with Tim Horton. He played one more year after that, in Philadelphia, before retiring at the age of 43.

Meanwhile: Pavel Datsyuk can thread a needle in the dark, said an enthusiastic Detroit TV commentator.

And a reporter, this week, from The National Post paid a visit to The Blue Goose Tavern in Toronto, which is where Toronto’s Dave Bolland goes whenever he wins a Stanley Cup. Twice he’s done that. His parents live nearby, and his friends drink there. Some of them said it’s not “Dave,” it’s “David;” also his NHL nickname is verboten. “I think if you called him The Rat here,” said a waitress, “you’d definitely get punched in the head.”

Bolland was talking, also, about his new daughter, born in August, Lincoln Julia.

“I’m the same Dave Bolland,” David said, “but when you have a baby girl you look at the bigger things in life now and you change things up. It has been great taking care of her. Instead of maybe going out for a beer with some of the guys you’re in at night and you’re taking care of the baby and changing diapers.”

Scouts were telling Sportsnet that Connor McDavid is (as the magazine’s cover blared):

Nashville’s Craig Smith had a good game against Florida this week. “I’m making plays and getting opportunities and opportunities that are created,” he told Josh Cooper from The Tennessean. “That’s a big thing, and you’re always going to get rewarded when you do that.”

Wayne Gretzky said that Taylor Hall seems like a nice young man. “I remember when I’d break one of Gordie’s records he always said that about me,” Gretzky told Jim Matheson from The Edmonton Journal. Hall had scored two goals against the New York Islanders in just eight seconds to better Gretzky’s 1981 Oiler mark of two in nine seconds. (The NHL record, two in four, belongs to Nels Stewart and Deron Quint.)

“I really don’t remember much about it,” Gretzky said, “but I think one of them came off a face-off. Ungie showed me how to do it.”

Bob Hartley, the coach in Calgary, was ready to explain his team’s success: “We’re a very tight family.”

Maxim Lapierre of St. Louis phoned San Jose’s Dan Boyle but Boyle didn’t pick up. This was after, in person, his check impelled Boyle head-first into the boards.

A former player, Chris Therien, said he hoped the NHL suspended Lapierre for 50 games. “When will enough be enough?”

From the hospital, Boyle texted a reporter after the game: “I’m OK. That was scary.”

“First of all, I would like to apologize to Dan,” Lapierre was saying at practice next day, before he heard from the NHL that he’d been sanctioned for five games. “You never want to see someone feel that way and, as tough as it is to look at for the fans and his teammates, I feel the same way.”

The St. Louis Post-Dispatch reported that some of Boyle’s teammates had referred to Lapierre as an “idiot.”

Lapierre understood. “It’s tough to separate a guy that’s yapping from a guy who tries to hurt people. I know I’m the type of guy who talks a lot on the ice, but it’s really not my intention to hurt anybody.”

Boston’s Loui Eriksson scored a goal to win a game against Columbus this week. His goalie, Tuukka Rask, said, “I think he only scores nice goals” and “I mean, it was unbelievable.” Brad Marchand called it “beautiful.” Eriksson wasn’t having any of it, though. He said said it wasn’t the prettiest.

Randy Carlyle said what you have to do as a coach is be yourself.

Also, after his Leafs lost to Carolina, he mentioned that maybe the hockey gods were paying back the Leafs for a successful start to the season.

Another player hurt this week was Detroit’s Niklas Kronwall, who pushed into the boards by Colorado’s Cody McLeod. Red Wings’ general manager Ken Holland said Kronwall had “a mild concussion.”

Pavel Datsyuk: “It was really scary hit, Kronner, he can’t move for a few seconds. Everybody on the bench, like, can’t breathe. But after they say he OK — not OK, but OK.”