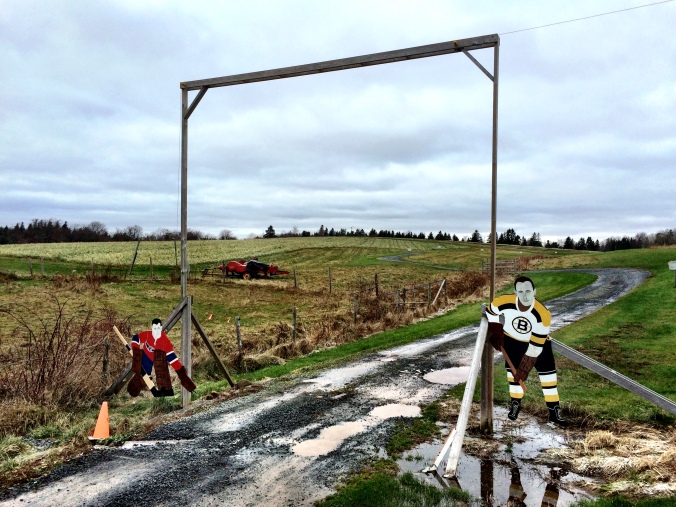 The ice is in at Long Pond or at least it’s starting, the freeze is on at the Birthplace of Hockey, which is to say the Cradle. You wouldn’t want to be skating yet, you couldn’t be, not yet, it’s just a scrim so far on the brown water at the end of the long winding road that takes you back from the main road past the old farmhouse and the little museum and on through the gate that’s guarded by (probable) Jacques Plante and (possible) Fern Flaman or (maybe) it’s Leo Labine, I don’t know, I couldn’t decide. This was on Friday when I was passing through Windsor in Nova Scotia and the temperature that had fallen down below zero was rising again and while there was snow still salted over Howard Dill’s pumpkin fields, the puddles had thawed out and the winter that had started in back at the pond looked almost as though it was already over and done, just like that, departing before anyone had time to take a skate to it, a stick, a puck.

One thought on “the ice is in at long pond”