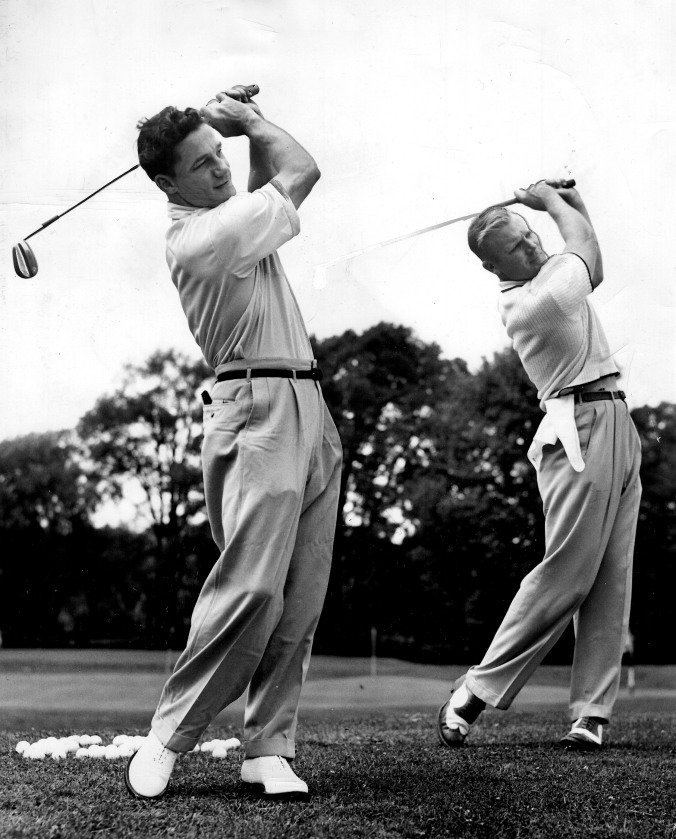 Second (Leaf) Season: To be fair, Toronto’s 1950 team made the NHL playoffs, rather than heading straight from the regular season to the fairway. They did, it has to be said, lose to Detroit that year in the semi-finals. The letdown didn’t linger: the team was on its way to winning four Stanley Cups in five years. Above, raucous Leaf winger Bill Ezinicki swings for the camera at Detroit’s Motor City Open in June. With him is the golfer and actor Joe Kirkwood, Jr. Ezinicki was no slouch on the course: along with his three Leaf Stanley Cups, he would win several professional tournaments during his post-NHL golf career, including Massachusetts, Maine, New Hampshire, and Rhode Island Opens.