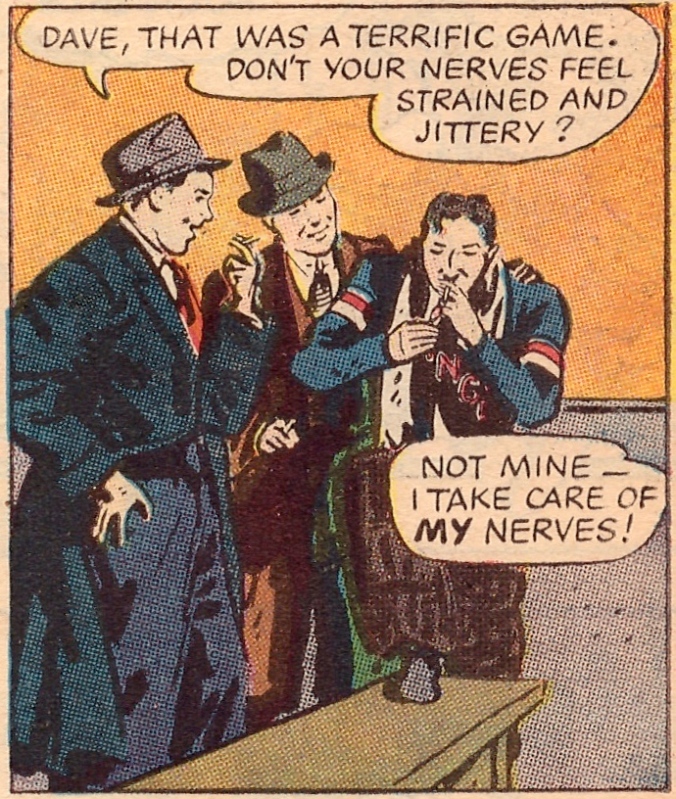 Goaltender Dave Kerr of the New York Rangers featured in a 1939 ad for Camel cigarettes, which (if you hadn’t heard) were both “the largest-selling cigarette in America” and “a matchless blend of finer, more expensive tobaccos — Turkish and domestic.” They soothed your nerves, apparently, with their mildness, rich and ripe taste, comfort, and pleasure. Toronto-born, Kerr ended his sixth season in the NHL in the spring of ’39 and started his seventh in the fall. The latter was the best of his career. Starting every one of the Rangers’ 48 games, he won the Vézina Trophy as the league’s top goaltender and was named to the NHL’s First All-Star Team. In the playoffs, Kerr went 8-4 to back the Rangers to Stanley-Cup victory, their first since 1933. It was 1994 before they won another. 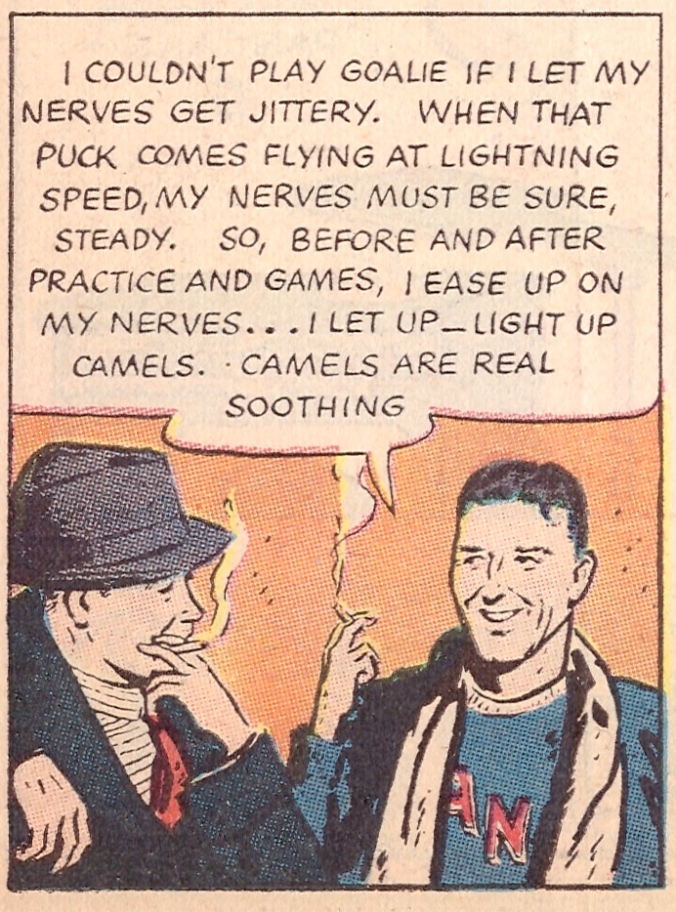