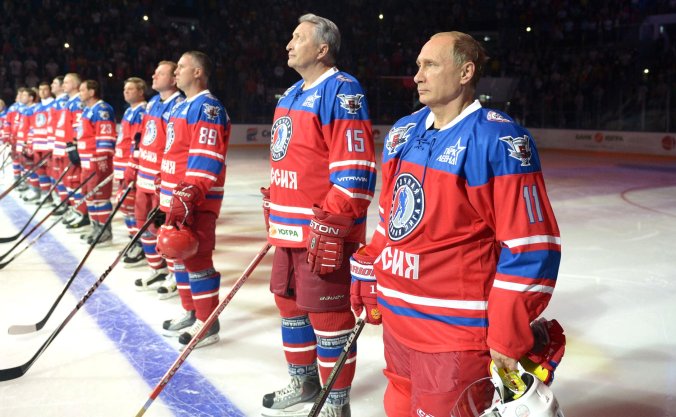 Say It’s Your Birthday: Vladimir Putin on the ice with teammates, including Valery Kamensky and Alexander Mogilny. (Photo: kremlin.ru)

He said he would — at least, his spokesman said he would — and he did it: Russian President Vladimir Putin played hockey in Sochi on Wednesday on his 63rd birthday. The game was broadcast live on Russian TV; as the teams of former professional stars and oligarchs and politicians (including Russian defence minister Sergei Shoigu) put to ice, Russian naval vessels in the Caspian Sea began a missile bombardment of targets in Syria.

TASS.ru reports that Putin’s team won, 15-10 in a game in which International Ice Hockey Federation president René Fasel served as referee. I guess the victors could gave done without Pavel Bure’s hattrick, but Putin’s seven goals were obviously vital to the effort. After the game, Russian Ice Hockey Federation president Vladislav Tretiak awarded the Putin a medal for gall. That, or else it was the nation’s highest hockey award, recognizing loyalty to and love for the game. 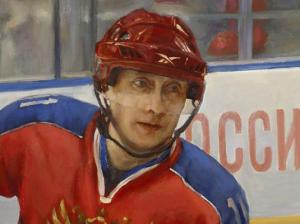 None of that’s surprising. I am puzzled that they didn’t let Putin score all the goals, but he seems to have to been satisfied with just the seven. And it’s not as though there weren’t other gifts, as well. His teammates presented him with a portrait of himself garbed for hockey, in mid-crossover, by the painter Nikas Safronov.

BBC Russia reported that the rapper Timati recorded a song for Putin, along with a video filmed in Moscow’s Square, called “My Best Friend,”

in which he calls Putin calls his “white lord,” “the most desirable man to all Russian women” and “a great hero.”

Meanwhile, in the president’s honour, (from wired.co.uk):

Luxury Russian jeweller Caviar has released a limited edition iPhone 6s that features a golden emblem of Putin’s head. But you had best be quick — Caviar is only selling 63 of the gold and titanium phone, and each costs £2,000.

There were more paintings, too, and not just in Sochi. An exhibition called “Putin Universe” got underway this week in both London and Moscow, collecting 30 works in which the Russian supremo has been painted — non-ironically, as far as I can tell — as figures from history, including Buddha, Mahatma Gandhi, Muhammad Ali, and Robin Hood.

Finally, there’s … well, I’m not quit sure what to make of the Irina Romanovskaya chapter of the president’s birthday. As you probably already knew, she’s an artist in St. Petersburg who paints with her breasts. Were you aware of the Putin portrait she recently executed, all in blue, using only her left breast?

No, I wasn’t either, for a long, long time before yesterday. I thought at first there had to be an interesting reason why she does what she does, but I don’t think that now. There’s no evidence of that. You can read about her oeuvre here, and even witness her method, if that’s something you want to do. Romanovskaya apparently travelled with the Putin portrait to Moscow this week with the idea of presenting it to the man itself. Not to spoil the birthday mood, but I have to report that at last word the painting had been stolen before she could make the president’s day. 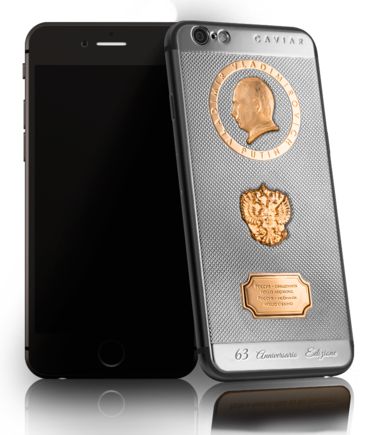