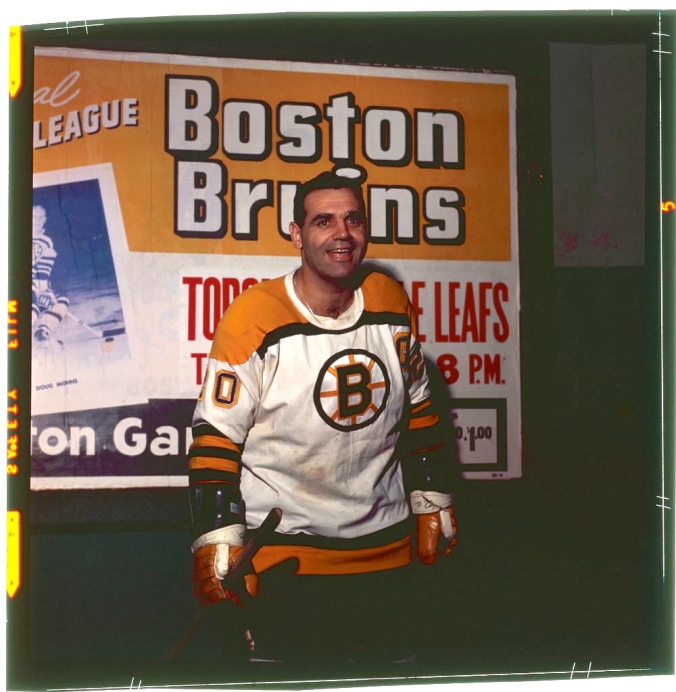 Happy to oblige photographer Louis Jaques, captain Leo Boivin smiled for his camera at the end of December, 1963, but the truth is his Boston Bruins were in a bad patch, losers of five games in a row. Two of those were to the Toronto Maple Leafs, starting with a Christmas-Day rout, 5-1, at the Boston Garden in a game in which Frank Mahovlich scored two goals. In Toronto on the 28th, Johnny Bower shut them out 2-0. Bruins coach Milt Schmidt wasn’t pleased, of course. He was giving speeches behind closed doors and, in the press, looking to players like Johnny Bucyk to step up. “Bucyk is a guy who could do a lot for us, if he puts his mind to it,” Schmidt was saying. “He just has to go out there and punish himself. He has to work harder and quit taking that big skate. A forward has to take it out of himself with stops and starts to get anywhere. There’s no easy way.”

After Toronto, the Bruins went to Detroit where Schmidt moved Boivin from the defence onto Bucyk’s wing in an effort to keep Gordie Howe under wraps. The Bruins lost again. “We’re hitting a lot of posts,” Schmidt said, “but we’re not scoring those goals.” The new year brought some respite: on January 1, back home, they managed a 3-3 tie with the Montreal Canadiens. No goals for Bucyk, and no game for Leo Boivin: he was out of the line-up with strep throat.