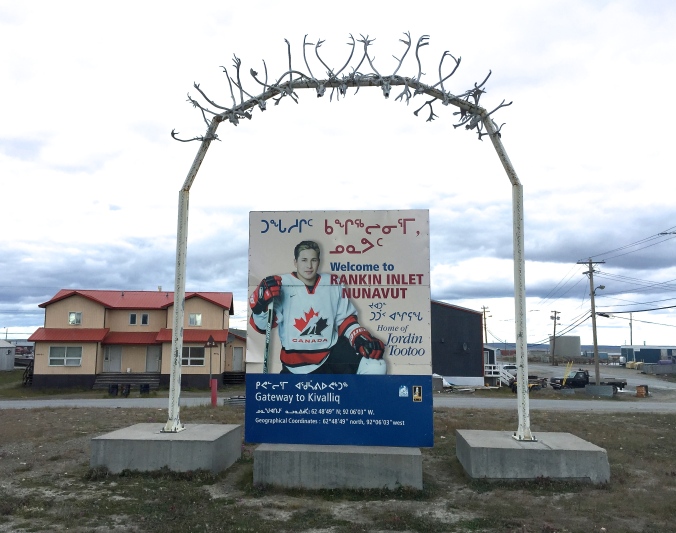 Tootootown: Visitors to Rankin Inlet, Nunavut, high up on the western coast of Hudson’s Bay, pass this monument on the way into town from the airport. Born in nearby Churchill, Manitoba, Tootoo, who’s 33, now spends most of his off-ice hours in Kelowna, British Columbia. According to Mark Lazerus of The Chicago Sun-Times, that’s where neighbours (and Hawks defencemen) Duncan Keith and Brent Seabrook helped to convince him to sign a one-year contract in early July to play for Chicago. “First and foremost he’s a good teammate,” Keith volunteered. “He’s a good guy to have in the locker room, and the energy that he brings — I know playing against him, I don’t like going back for pucks when he’s on the ice. You always have to be aware when he’s on the ice because he’s going to finish every hit.”

“Every team needs a little sparkplug,” is what Tootoo said. “I’ve been around the game a lot of years now, and I just want to add that little piece.”