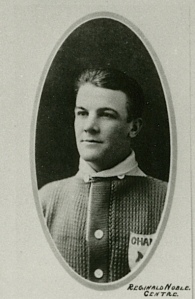 Auston Matthews scored four goals in his NHL debut for the Toronto Maple Leafs on Wednesday night, though they weren’t quite enough to beat the Ottawa Senators: the home team scored five to win the game in overtime.

Calling the game across Canada on Sportsnet, Paul Romaniuk was quick to declare that Matthews, 19, had set a new NHL record: no-one before had scored so many goals ever before in their first game in the league.

That’s not true, of course: three players did so, even if it was a very long time ago: on the very first night of NHL action, December 19, 1917. All four of the league’s teams were playing, with the Montreal Canadiens beating the original Senators 7-4 while the Montreal Wanderers overwhelmed Toronto’s Arenas 10-9. Harry Hyland scored 5 goals in that latter game for Montreal, while Toronto’s Reg Noble notched four; for the Canadiens, Joe Malone finished with five, too.

By the time tonight’s game was over, as the excited dispatches started to appear online, Hyland and Malone were duly acknowledged, if only grudgingly — they were aged, it was pointed out, 28 and 27 years old respectively, and had had plenty of big-league experience already playing in the pre-NHL National Hockey Association. Sportsnet was still claiming the all-time NHL record for Matthews during the Edmonton-Calgary broadcast that followed the Toronto-Ottawa game and on through the latenight round-ups, but most others reports were allowing that the record is “modern-day.”

Reg Noble’s name was mostly missing from tonight’s mentions — maybe because it doesn’t appear in the NHL’s own record book, according to Eric Hornick, a statistician on New York Islanders’ home broadcasts. We’ll see whether Noble gets due, too, ancient-day or not. 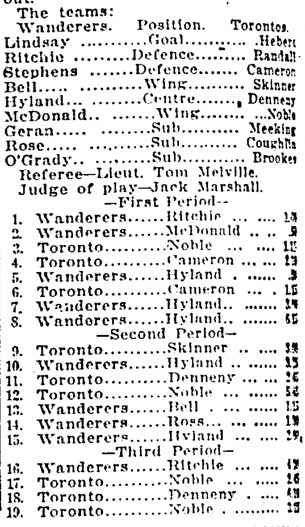 One thought on “a matthews (modern-day) marvel”