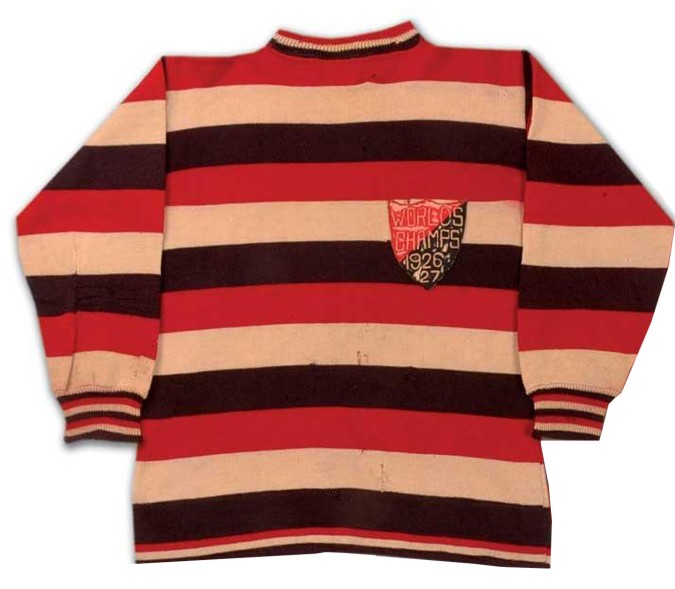 Don’t blame Jon Hamm. It’s not his fault that Frank Nighbor won’t be among the 100 Greatest NHL Players the star of Mad Men will be announcing tonight as part of the league’s centenary celebrations. Players who played in the earliest days of the league have already had their moment, but it’s over now. In January, when the NHL revealed a third of the greats, the players recognized from the league’s first decade were four: Eddie Shore, Howie Morenz, Georges Vézina, and King Clancy. They’ve made clear that the remainder (whom we’ll hear about tonight) will be players “who played predominantly from 1967 — present.” The fact that Newsy Lalonde and Clint Benedict, Frank Boucher, Eddie Gerard, and Sprague Cleghorn have missed the cut — well, it just seems wrong that they (and 17 or 28 others I’d gladly explain) won’t be recognized. It’s not surprising. The 100 will be a monument to a hundred exemplary players, an admirable, arbitrary jumble of skill and achievement, with next to no science to it. Red Kelly is already in the 100, and that’s right and meet. He had it right in 1998 when he was named to a Hockey News inventory of all-time greats. “Just another list,” he said, with respect. “I don’t think you can compare unless you put them on the ice together. It is publicity.”

So save a thought tonight for Aurèle Joliat while you’re looking at Jon Hamm, and maybe also George Hainsworth, Reg Noble, and Herb Gardiner. Lionel Hitchman? Yes. Ace Bailey, too. That’s a lot of names, I know, and time is short, so maybe — okay, just take a long look, if you would, at Frank Nighbor’s sweater, here above. That’s it. We’re done.