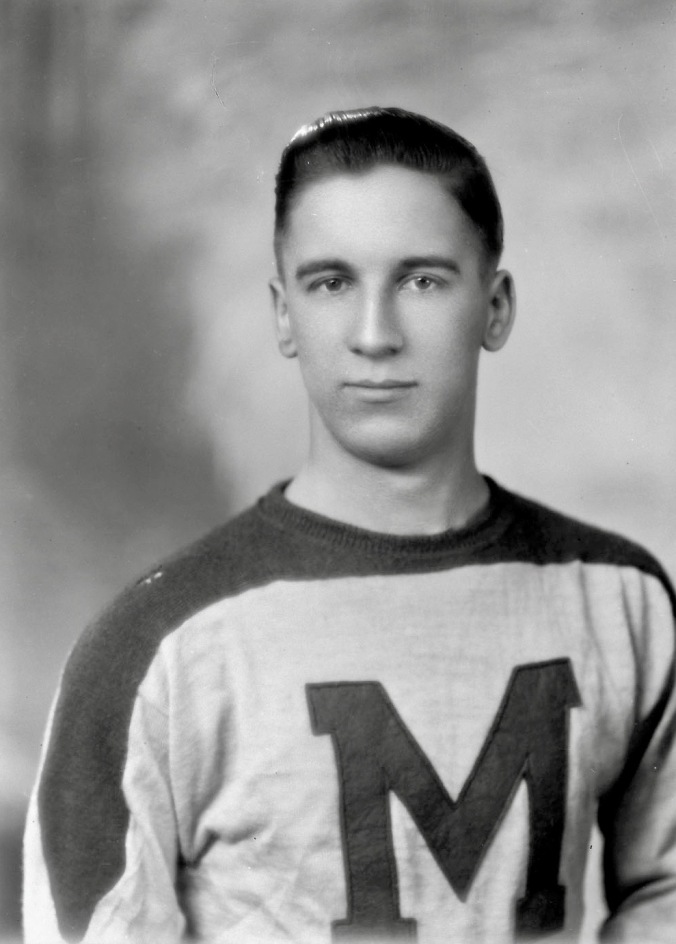 Terrible 92: A birthday today for Ted Lindsay, who’s turning 92. Debuting in Renfrew, Ontario, he was his parents’ ninth and last child, born in 1925, six years after his father Bert retired from a distinguished goaltending career that include stops during the NHL’s initial seasons with Montreal’s Wanderers and the Toronto Arenas. Above, that’s Lindsay minor during the 1943-44 season, the year he played junior for Toronto’s St. Michael’s Major before winning a Memorial Cup with the Oshawa Generals. The great Charlie Conacher was his coach there, and his opinion of Lindsay’s virtues only grew as his career took him to the Detroit Red Wings and, later, Chicago’s Black Hawks. In 1957, Conacher deemed the man they called Terrible Ted and Little Scarface the best left-winger he’d ever seen. “He’s like Ted Williams,” Conacher told Trent Frayne. “He can do everything, does it with a flourish, and has a mind of his own.” (Image: Lyonde, Louis Laurier/Library and Archives Canada/PA-053809)