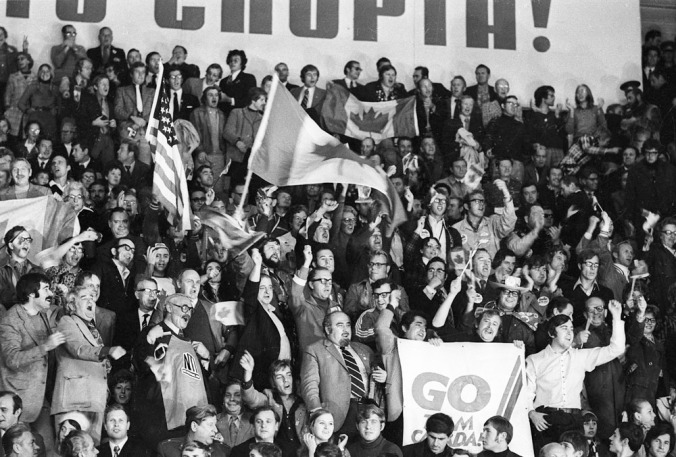 Waving The Flag: On this day in 1972 — well, you know: Moscow, Paul Henderson, yadda + yadda + yadda. “Never In Doubt!” was the headline The Toronto Sun postered across the front page of their souvenir edition a couple of days later, as in Canada was always going to whomp the Soviets, although of course, in truth — well, that’s something else you already know, too, as we all do, 45 years later. How could we forget? Above, some of the 3,000 fans who followed Team Canada to Moscow in 1972 show their Game-Eight glee at the Luzhniki Ice Palace on that long-ago September 28. (Image: Frank Lennon / Library and Archives Canada, e010933351)