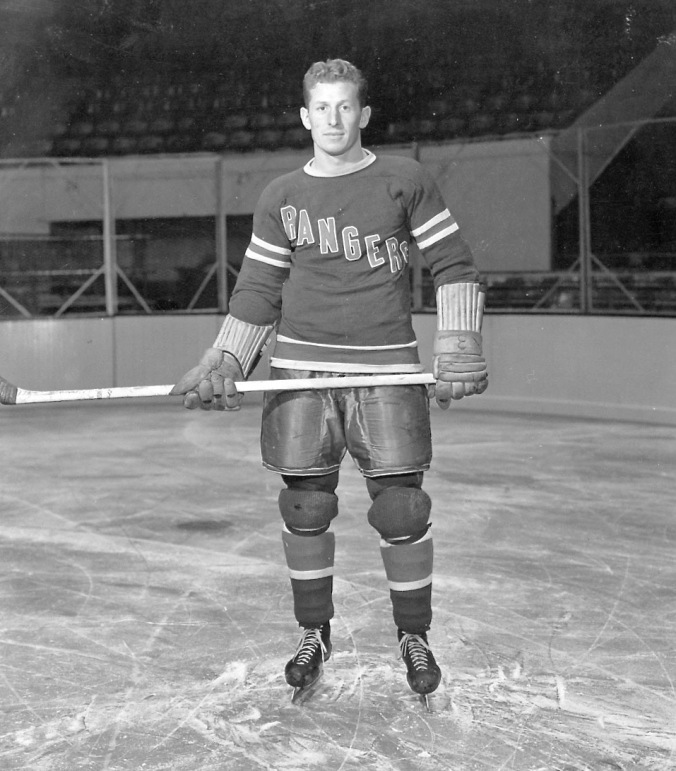 Nobody likes a New York Rangers nitpicker. Then again, somebody’s going to have to stand up for Ott Heller. And so, just for the record, that’s not him they’ve got pictured in that new Hockey News spread on greatest New York Rangers.

Launched last month, the glossy 130-page special-edition magazine isn’t going to win any prizes for snappy titles. That’s not to dismiss Top 50 Players of All-Time By Franchise outright — on the contrary, this is an ambitious and absorbing undertaking by THN team and historian James Benesh, with lots to interest fans and historical pointillists alike.

Interesting to see Steve Smith (#17) ranked ahead of Connor McDavid (#19) among Edmonton’s superlatives. Fills me with unearned pride, even. How long before McDavid climbs the list to mingle with Wayne Gretzky, Mark Messier, and Jari Kurri (#s1,2,3)?

The Toronto Maple Leafs kicked off their centenary celebrations last fall by hoisting Dave Keon to the top of the charts of their Top 100 players. THN begs to differ: to their thinking, Keon drops to number five, behind (at four) Ted Kennedy, Tim Horton, Charlie Conacher, and, tip-top, Syl Apps.

Does Earl Seibert (#7) deserve a higher rung on the Chicago ladder ahead of Chris Chelios and Duncan Keith (#8 and #9)? After reading senior editor Brian Costello’s thoughts on trying to measure players from different eras against one another, I’m probably in. As Benesh says: “There will never be a right answer, never a consensus.”

Which is why, I suppose, some of us decrying the many omissions from the NHL’s centenary list might soon stop steaming from the ears. Benesh, at least, has a place for peerless Frank Nighbor ,and the great Hooley Smith. Glad to see the NHL’s defunct teams in the mix, with lists of the greats who skated for the Montreal Maroons, original Ottawa Senators, California Golden Seals, et al.

It’s with due respect that I note a few scattered errors. Deep into the Quebec Bulldogs/Hamilton Tigers top-ten, it should be Goldie Prodgers rather than the singular Prodger. 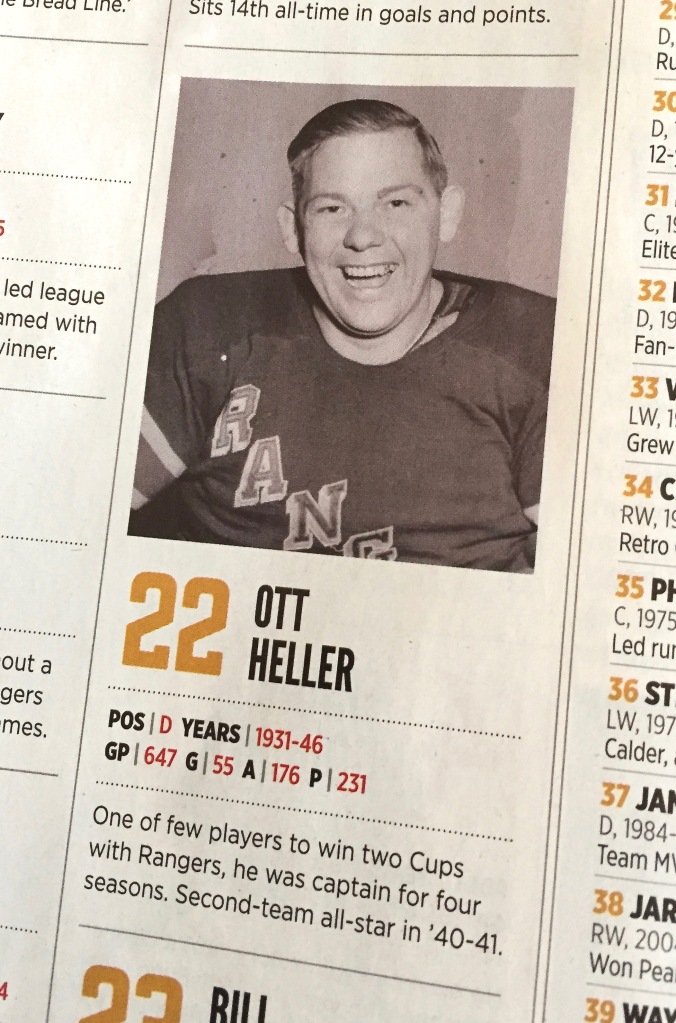 Not Ott: Bucko McDonald stands in for his Ranger teammate.

And then again back with the Rangers, on page 84. I’m not here to argue that Ott Heller (#22) deserves to be up there at the top of the rankings with fellow defencemen Ching Johnson (#9) and Brian Leetch (#2). It’s just that the photo, seen above, isn’t Heller at all: it’s Bucko McDonald.

They were teammates, it’s true, for a couple of years. After spending most of his career patrolling bluelines for Toronto and Detroit, McDonald arrived in New York in 1943, where he played out his two final NHL seasons on teams captained by Heller. That’s another pickable nit, I’m afraid: Heller only captained the Rangers for three seasons. Succeeding Art Coulter in the fall of 1942, he led the team again in ’43-’44 and ’44-’45 before giving way to Neil Colville.