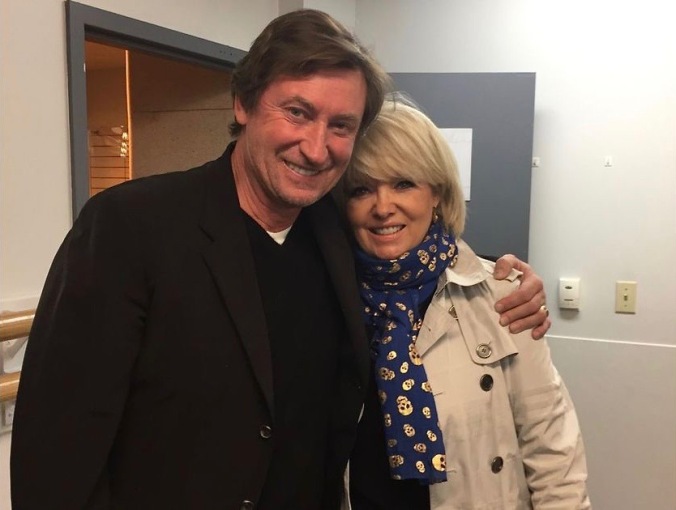 Hockey squandered its best chance of snaring William Faulkner as a fan in January of 1955. I’m still not entirely sure who’s to blame for failing to catch the Nobel laureate’s imagination. Could have been the fans at New York’s Madison Square Garden, which Faulkner attended on assignment for Sports Illustrated to witness the hometown Rangers take on the all-powerful Montreal Canadiens. They were smoking, I guess, the fans, and maybe altogether too raucous for Faulkner’s placid soul. Or maybe was it the not-very-good Rangers that turned him off? Unless it was hockey itself: “discorded and inconsequent, bizarre and paradoxical,” he called it when he wrote it all up.

In a book I wrote a few years ago about the spells that hockey casts, and the shadows, I spent some time with Faulkner — Ernest Hemingway, too — trying to suss out just how they could have failed to have been enchanted by hockey. I also wrote about Evelyn, Viscountess Byng of Vimy in Puckstruck, and how the first hockey game she saw hooked her for life.

This was in Ottawa in 1921, in the first fall of her husband’s tenure as governor-general. The visiting Toronto St. Patricks beat the Senators 5-4. “It was one of the cleanest games on record,” a local newspaper reported next morning, “not a player decorating the penalty box. The checking was heavy and the ceaseless pace a menace to temper-control, but all turned in a splendid record.” Babe Dye scored a couple of goals for the winning team, and Ken Randall scored a couple of others. Also on the ice were Clint Benedict, Frank Nighbor, Frank Boucher. Ottawa captain Eddie Gerard presented Lady Byng with a bouquet of American Beauty roses.

It may be that this first exposure to hockey, pacey yet peaceable, set the standard by which Lady Byng judged the sport from there on after. When subsequent games didn’t meet the mark, did she see no other alternative than to save the game from itself by donating her trophy for skilled, gentlemanly conduct?

Hard to say. I don’t, in general, know what these initial exposures to hockey reveal about the first-timer in question, or about hockey. Still, I like the idea of someone venturing for the first time into a rink, happening on hockey. What do they see? How does it hit them?

Beyond the book, I’ve continued to collect first-time accounts as I’ve come across them. I’ve written about the Dionne quintuplets, and about Henry Ford sitting in as Larry Aurie and Ebbie Goodfellow Detroit Falcons lost to Bill Cook’s New York Rangers in 1932. Browsing the file I’ve built up, I find clippings about World War I heroes of the Royal Navy attending their first hockey games, and a photograph from the night in 1995 a future king of Spain watched Doug Gilmour’s Toronto Maple Leafs slip past Theo Fleury’s Calgary Flames. I’ve got a notice here from 1936 that tells me that the entire roster of New Zealand’s vaunted rugby team, the All Blacks, saw their first NHL game at the Forum. (Canadiens and Rangers tied 1-1 that time.)

This fall, I’ve been seeking out more stories of first encounters with NHL hockey. None of them, so far, have come in from Nobel laureates or viscountesses; unlike Faulkner and Lady Byng, my correspondents were all familiar with the game, as fans or players or both, before they got to a big-league rink. They are writers and historians, journalists, poets, former players I’ve been soliciting to ask about the first NHL game they attended, who they saw, what made an impression. They’ve been generous in their responses. You’ll be seeing these recollections in this space in the coming weeks, if you keep a watch.

Earlier this year, BookNet Canada released a list of the 150 bestselling Canadian books since 2007. The list of authors implicated in this is an impressive one. Robert Munsch not only tops the chart with Love You Forever, he recurs throughout, with a remarkable 34 other titles. As noted by BookNet, Margaret Atwood has four books on the list, while Alice Munro and Chris Hadfield are some of those writers with three. Not so noticed: five of the bestsellers (including the top-rated hockey book) have Day’s name on the cover. 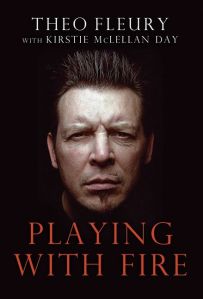 The Calgary writer, journalist, TV host and producer has been prolific for a while. Her hockey streak started in 2009, when she worked with Theo Fleury on his autobiography, Playing With Fire. (Ranked 17th on the BookNet 150, it has outsold Don Cherry’s Hockey Stories and Stuff, The Hockey Sweater by Roch Carrier, and Stephen J. Harper’s A Great Game.)

Day went on to score assists on books by Bob Probert (Tough Guy in 2010) and Ron MacLean (Cornered in 2011 and Hockey Towns in 2015), and on Wayne Gretzky’s 99 Stories of the Game (2016). Still to come is Hellbent, a memoir by Marty McSorley. Kelly Hrudey’s Calling The Shots, out this fall, is her latest collaboration.

Kirstie McLellan Day, then, on the first NHL game she saw for herself.

Growing up in Regina, everybody knew somebody who had something to do with the NHL. My mom grew up across the street from “little Dickie Irvin” who became one of our very best hockey broadcasters for decades. He broke his arm climbing her family fence when he was four years old. Amazing guy. A living encyclopedia of hockey stories. Dick is now a good friend and a source for countless anecdotes in the hockey books I write. One of my dad’s best friends was Billy Hicke, who played for the Canadiens and the California Seals. Gordie Howe who was born in a farmhouse in Floral, just up the highway near Saskatoon, came to town regularly to sign autographs for kids at Simpson’s Department Store. My husband, Larry, was one of those kids. He first met Gordie when he was ten. The hockey card that Gordie signed hangs in his office.

With all those connections, hockey should have been in my blood from the start, but I was a late bloomer. Very late. It wasn’t until the Flames moved from Atlanta to Calgary in the early 80s that I started to take an interest. Don’t judge.

Larry was the anchorman at CFAC TV, the local station that carried the Flames games. He got tickets once in a while and so he dragged me to my first NHL game, April 21, 1988. The Smythe Division Finals against the hated Edmonton Oilers. Standing room only and LOUD.

I remember Wayne skating out and the crowd booing. He seemed to revel in it. And then Messier skated over with that big shit-eating grin of his, and they were laughing. Oooo, that pissed people off. We were on Wayne every time he touched the puck. Anytime he went down or skated near an official, the rink echoed with a chorus of, “Whiner! Whiner! Whiner!” Never fazed him. Just seemed to make him play harder. Wayne scored the OT winner. Damn you, Gretzky. We filed out tired, elated, and dejected.

I never dreamed that someday I’d be sitting around his kitchen table with him writing a book about it. Um, the booing and the whiner part never came up, so I’d appreciate it if you kept that part just between us.