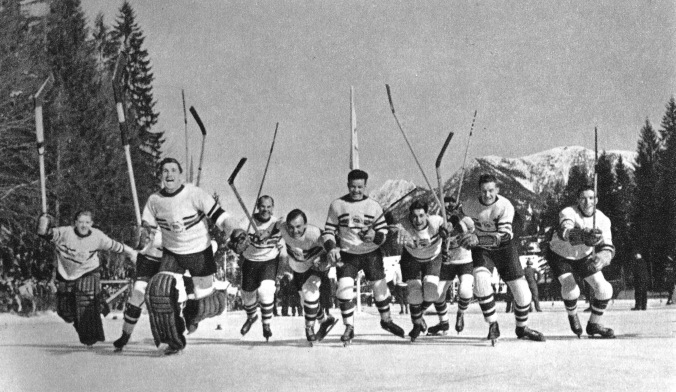 The hockey tournament at the 1936 Winter Olympics wasn’t without controversy. For Canada, it was very much with controversy, and long before the team from (mostly) Port Arthur ever arrived in Germany. The trouble they got into in Garmisch-Partenkirchen was complicated, but it boiled down to this: on February 11, Canada lost its first ever Olympic hockey game by a score of 2-1 to … Great Britain. Subsequent Canadian thwackings of Hungary (by 15-0) and the hosts from Germany (6-2) weren’t enough to shift the standings in Canada’s favour, which meant that they went home with silver medals, while the Great British won gold, and the right (above) to skate triumphantly towards a photographer on the ice at Lake Riesser.