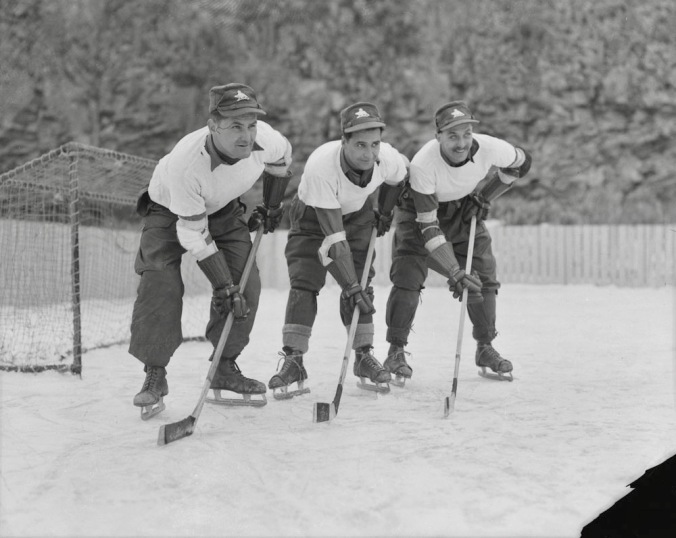 Van Doos On Ice: It’s been 65 years since the armistice that brought the Korean War to a close was signed in 1953. More than 26,000 Canadians served in the fight; 516 lost their lives. Veterans Affairs Canada last week launched its commemoration of the anniversary, which will continue as the year goes on. Next up: a ceremony on June 24 at Ottawa’s National War Memorial. Above, members of the Royal 22nd Regiment’s hockey team take a stand on the ice of the Imjin River in 1953. From the left, they are Captain Donald McCormick, Private Gilbert Pelchat, and Corporal Jean Savard. (Image: Library and Archives Canada/Department of National Defence fonds/PA-136787)