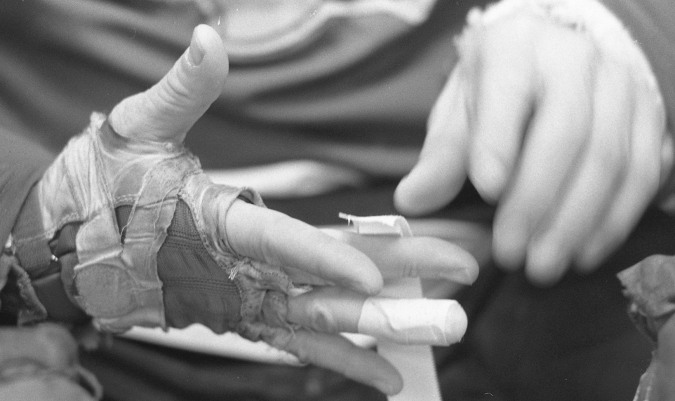 The Chicago Blackhawks honoured their two most distinguished Espositos last night, Tony and Phil, ahead of the game with the St. Louis Blues at the United Centre. You can watch the tribute video here below; above, those are Tony’s hands as he readies them for a night’s work in February of 1981 at Chicago’s Stadium.