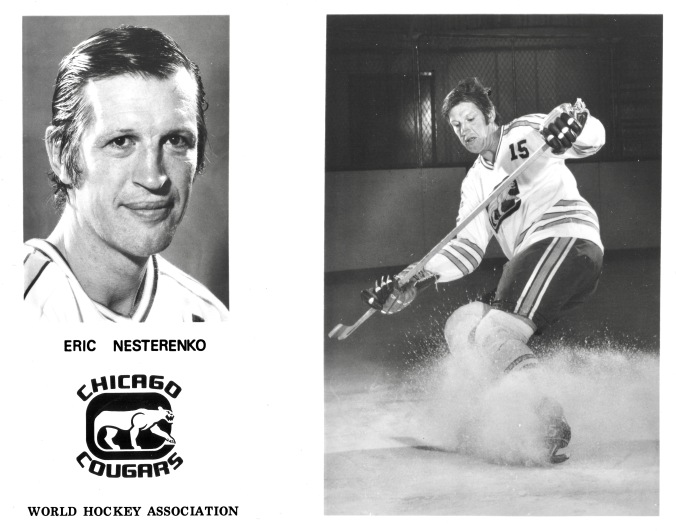 Born in Flin Flon, Manitoba, on a Tuesday of this date in 1933, Eric Nesterenko turns 86 today. Having made his NHL debut in 1952 as an 18-year-old right winger for Toronto, he played parts of five seasons with the Leafs and a further 16 in Chicago, helping the Black Hawks win the 1961 Stanley Cup. At the age of 40, he put in a single season in the WHA, 1973-74, for the Chicago Cougars. “He was a player who does everything well,” is a summing-up of Andrew Podnieks’. “He scored, played physically, stickhandled nicely, and backchecked.” He accumulated a whole parcel of nicknames over the course of his hockey career: Mr. Elbows, Nester, The Hinge, Eric The Great, Swoops, Sonja, the Shadow, the Silent One. Off the ice, he coached, worked for a brokerage firm, and as a ski instructor. He had a bit of an acting career, as well, featuring in a 1979 CBC movie about hockey violence called Cement Head. More famously, he took on the role of Blane Youngblood, father of the eponymous hero played by Rob Lowe in that 1986 epic of the ice, Youngblood.