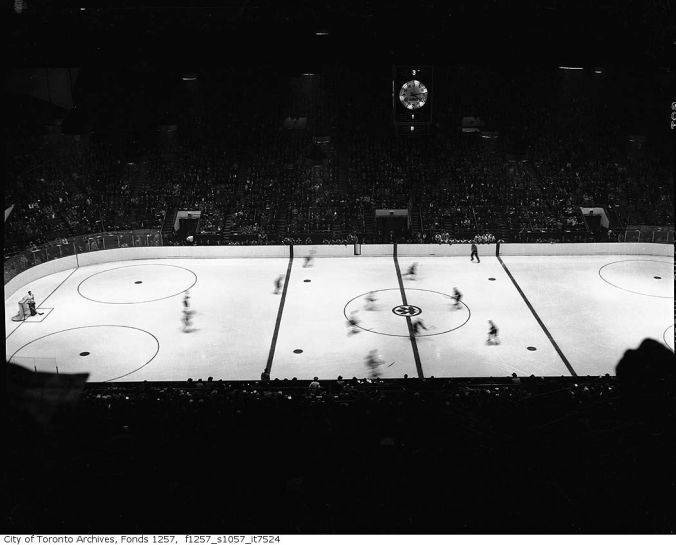 Leaf Spot: It was on a Thursday of this date in 1931 that Toronto’s Maple Leaf Gardens saw its first NHL hockey. Before a crowd of 13,542, the home team fell by a score of 2-1 to the visiting Chicago Black Hawks. Two days later, the Leafs tied the Montreal Canadiens in the brand-new building that the Globe’s ebullient Bert Perry called “this hippodrome of hockey.” It wasn’t until the Leafs’ fourth game under their new roof that the team finally forged a victory at home, beating the Boston Bruins on November 28 by a score of 6-5 in overtime on a goal by Andy Blair. This is an altogether later photograph from on high in the Gardens, dating to 1946. Squint and you can make out the languid form of goaltender Turk Broda in the net to the left. (Image: City of Toronto Archives, Fonds 1257, Series 1057, Item 7524)