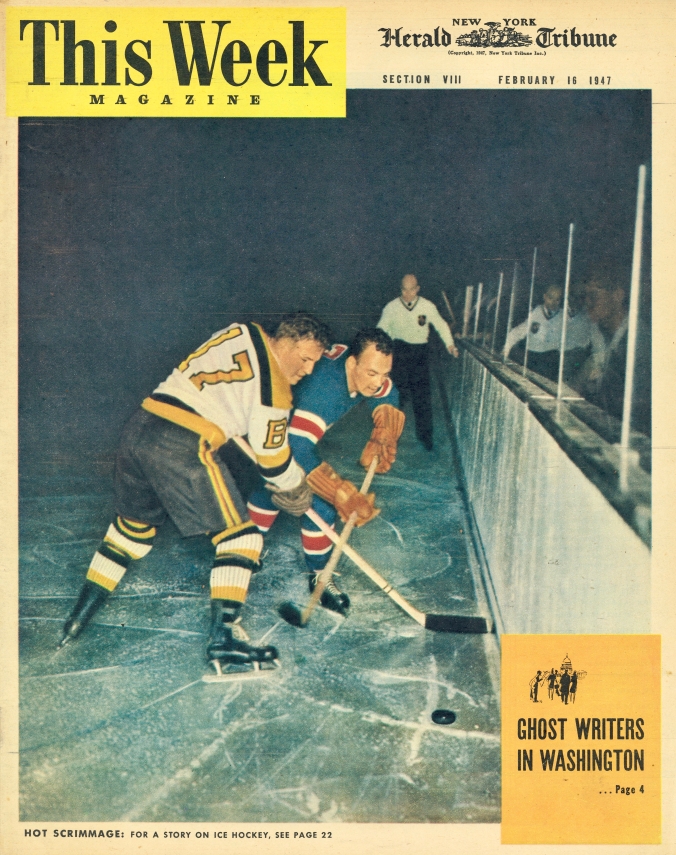 Bs and Blueshirts: Born in Waterloo, Ontario, on a Monday of this date in 1915, Bobby Bauer played the right wing on the Boston Bruins’ revered Kraut Line for much of his nine-year NHL career. Here, making a cover appearance on  this very day in 1947, he battles Edgar Laprade of the New York Rangers. Post-NHL, Bauer joined the Bauer Skate Company, a family business, and steered the OHA Senior Kitchener-Waterloo Dutchman, winning two Allan Cups and taking the team to a pair of Olympics. Bobby Bauer died in 1964 at the age of 49. He was elevated to hockey’s Hall of Fame in 1996.