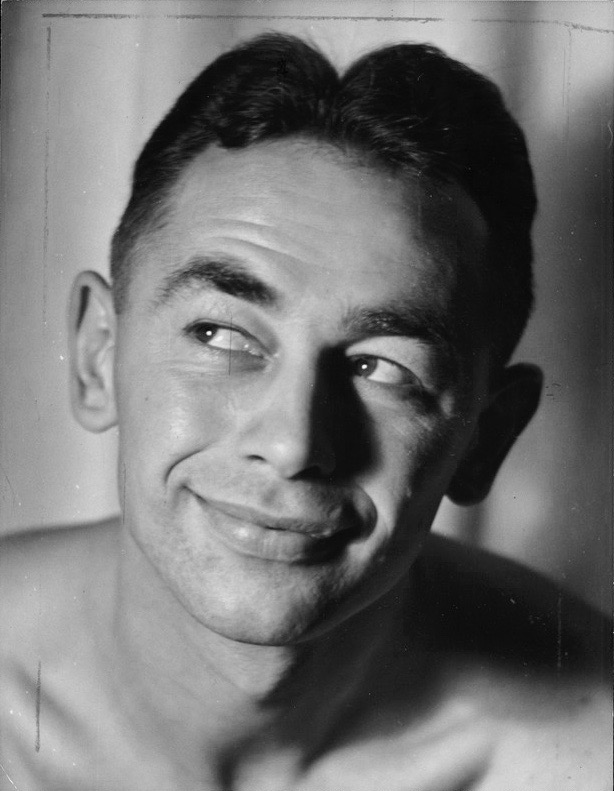 Hockey history remembers him by his nickname, Flash, but he was Frank William Hollett — or just Bill — from his earliest days, which got underway on a Thursday of this date in 1911 in North Sydney, Nova Scotia. Hollett later recalled learning to skate on the local harbour ice in Cape Breton. His father, Frederick Hollett, was a fisherman who died of Spanish flu in another pandemic, whereupon his mother, Lena, moved her six children to Toronto’s west end.

In 1932, as a 21-year-old, Hollett signed to play professional lacrosse for the ball-slinging version of the Toronto Maple Leafs in a new league that collapsed before a single game was played. He made his debut with the puck-slapping Leafs a year later, when he was called up to replace a suspended Red Horner in the grim aftermath of Ace Bailey’s career-ending injury. Hollett notched a goal and an assist in his debut, and after spending the following year on loan to the Ottawa Senators, returned to the lead the Leaf backline in scoring in 1934-35, a year in which only Boston veteran Eddie Shore had more points among NHL defencemen.

When Hollett started slowly the next season out, chief Leaf and affirmed knave Conn Smythe blamed it on Hollett’s having married over the summer. A contract dispute and a wrist injury didn’t help Smythe’s view of his young defenceman, and in early 1936 the Leafs sold Hollett to the Boston Bruins for $16,000.

A “brilliant young player,” the Boston Globe crowed, by way of introducing Hollett to Bruins’ fans, “who, by his color, has earned the nicknames of ‘Flash,’ ‘Headline,’ and ‘Busher,’ but prefers ‘Flash’ himself.” He played nine seasons with Boston, piling up the points along the way. The two Stanley Cups he helped the Bruins win included the 1939 edition, when Hollett scored the final goal of the series that saw his new team defeat his old, the Maple Leafs. In 1941-42, Hollett set a new NHL record for goals by a defenceman when he scored 19, surpassing the 18 Harry Cameron had registered two years running for the Toronto St. Patricks in 1920-21 and ’21-22. 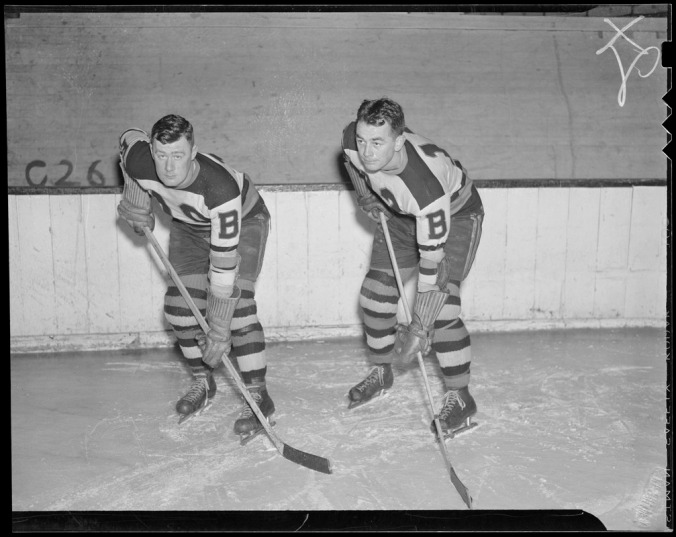 Used To Bs: Flash Hollett, on the right, lines up with Bun Cook, who spent his final NHL season with Boston in 1936-37 after a long and legendary career with the New York Rangers.

Hollett scored 19 again the following year before getting to 20 in 1944-45. That record stood for 24 years: no defenceman scored more in a season until Boston’s Bobby Orr got 21 in 1968-69. That record-breaking year, ’44-45, Hollett was playing for Detroit, where he captained the team and was named to the NHL’s First All-Star Team. After retiring at 35 from the NHL in 1946, he returned to the ice as an amateur, joining the OHA senior Toronto Marlboros, with whom he’d win an Allan Cup national championship in 1950. Flash Hollett did this month in 1999. He was 88.

(Top image: © Arthur Griffin Courtesy of the Griffin Museum of Photography. Photograph may not be reproduced in any form per the copyright holder. All rights reserved. Bottom: Boston Public Library, Leslie Jones Collection)