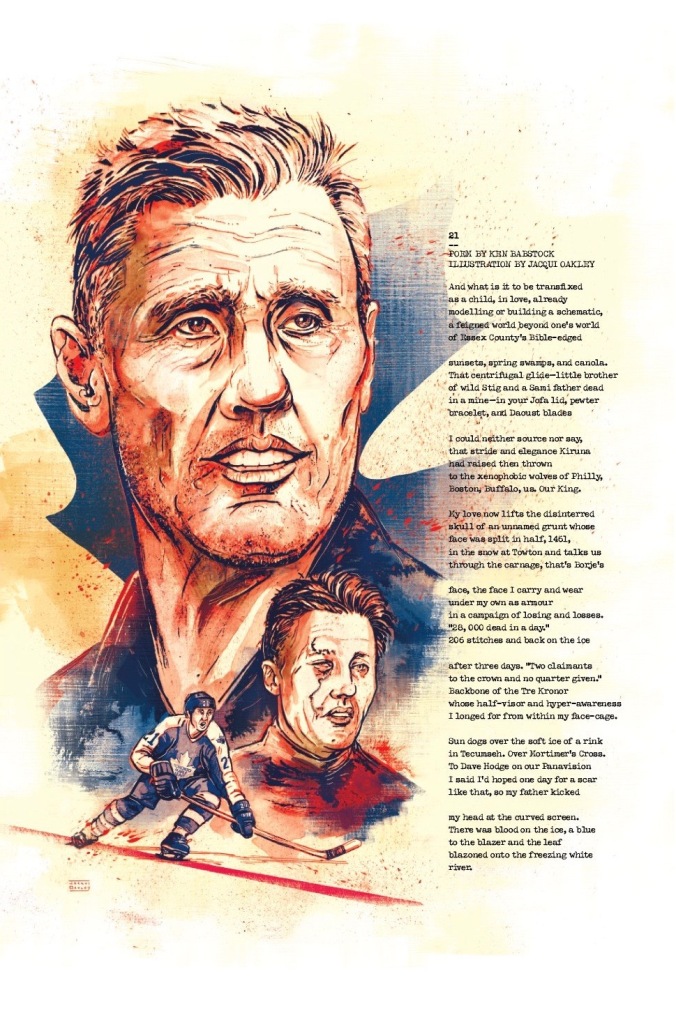 Earlier that same pandemic, Borje Salming was sharing his inspirational planter-hoisting workout regime from back home in Sweden. That was at the start of April, just before he turned 69. Not long after that, Salming shared the news that he was recovering from a scary bout of presumed COVID-19 symptoms that had sent him to hospital in early March.

Also debuting, in what’s turned out to be a busy season of Salming content: the best poem you’ve ever read about what the flinty Swede meant to those of us who grew up watching the Toronto Maple Leafs of the wayward 1970s. Ken Babstock won a Trillium Book Award for Airstream Land Yacht (2006) and a Griffin Poetry Prize for Methodist Hatchet (2011). His latest collection, from 2014, is On Malice. His “21” appeared in the magnificent April print edition of Toronto’s West End Phoenix, with illustrations by Jacqui Oakley; they feature here with permission.

If you’re not subscribing to the West End Phoenix  … what are you doing? Why not? Correct your course, do it now, here. Follow the WE Phoenix @westendphoenix. Ken Babstock is @KBabstock.