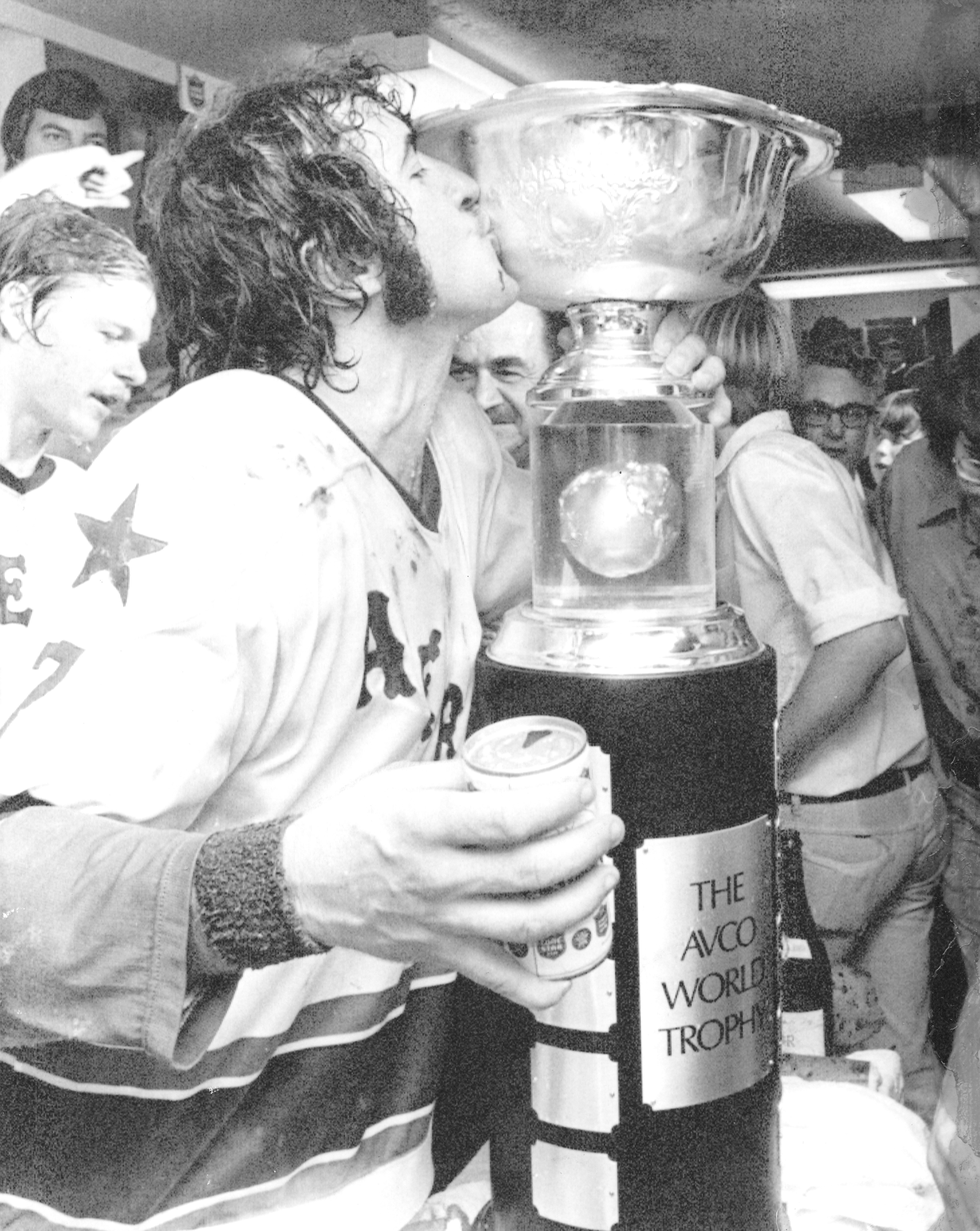 Kiss For A Cup: Houston’s own Aeros claimed the WHA’s championship on a Sunday of this date in 1974, downing the Chicago Cougars 6-2 at the Sam Houston Coliseum to sweep up the Avco World Trophy in four games. That’s winger Frank Hughes showing his affection here, with defenceman Mark Howe in the background. The latter was 18, while his teammate, and brother, Marty, had just turned 19. At 46, their venerable father, Gordie, led the Aeros in regular-season scoring that season, piling up 31 goals and 100 points, then adding another 17 points in 13 playoff games. Winning the WHA title 46 years ago, Howe Major declared that hockey had granted him no greater satisfaction. “When you give up the game and then you come back and play with your two sons and win the World Cup to boot,” he said, “that has to be the greatest thrill.”