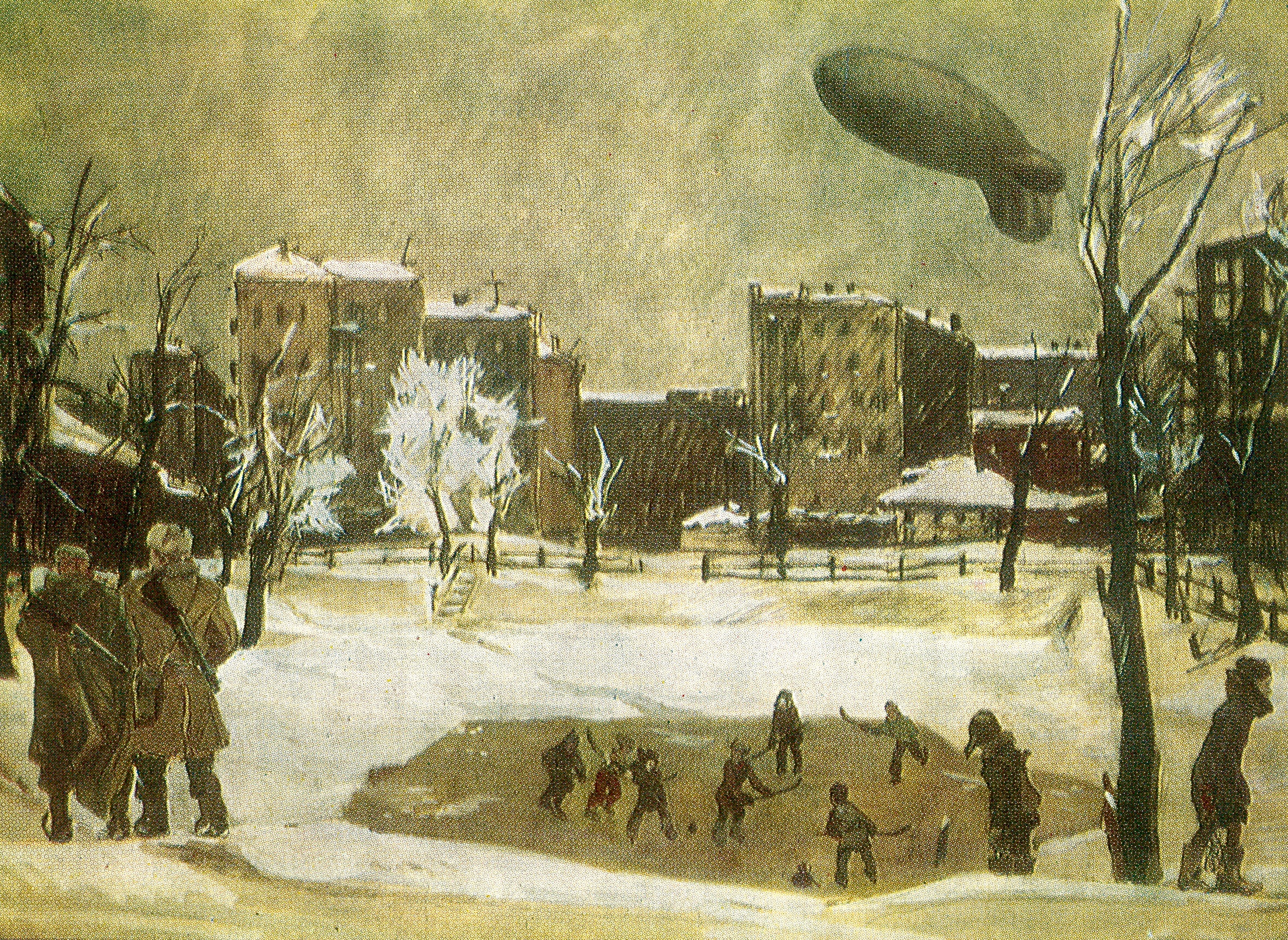 Off Duty: The game goes on in “Military Moscow,” by Soviet painter Aleksandr Deyneka, which he completed in the span of wartime years 1941-46. The question is … which game is it? As I wrote in a book of mine, the story of how Russians came to the hockey we know involves a bit of a tangled provenance, a layer of mist, and a Chekhovian touch of men quarrelling offstage. Before 1946, Russians tended to play soccer in the summer and bandy — russki hokkei — when winter came. They’d been doing it, in one form or another, going back to Peter The Great’s time. Canatsky hokkei (ours) wasn’t unknown, especially in the Baltics, but mostly they bandyed, chasing a ball, with 11-man teams skating on a rink the size of a soccer field. Sticks were short and curled and wrapped in cord. Lawrence Martin says that there was a Canadian-sized hockey rink in a central Moscow soccer stadium going back to 1938, and that puck-hockey was introduced to phys-ed curricula starting in 1939. It was in ’46 that the first hockey league got going in a serious way. And so, here, under the barrage balloon? The sticks look fairly hockey-shaped, to me. There seems just to be the one goal, so it could be that they’re just taking shots. Either way, there’s no mistaking, or oppressing, the pure shinny spirit of the moment.