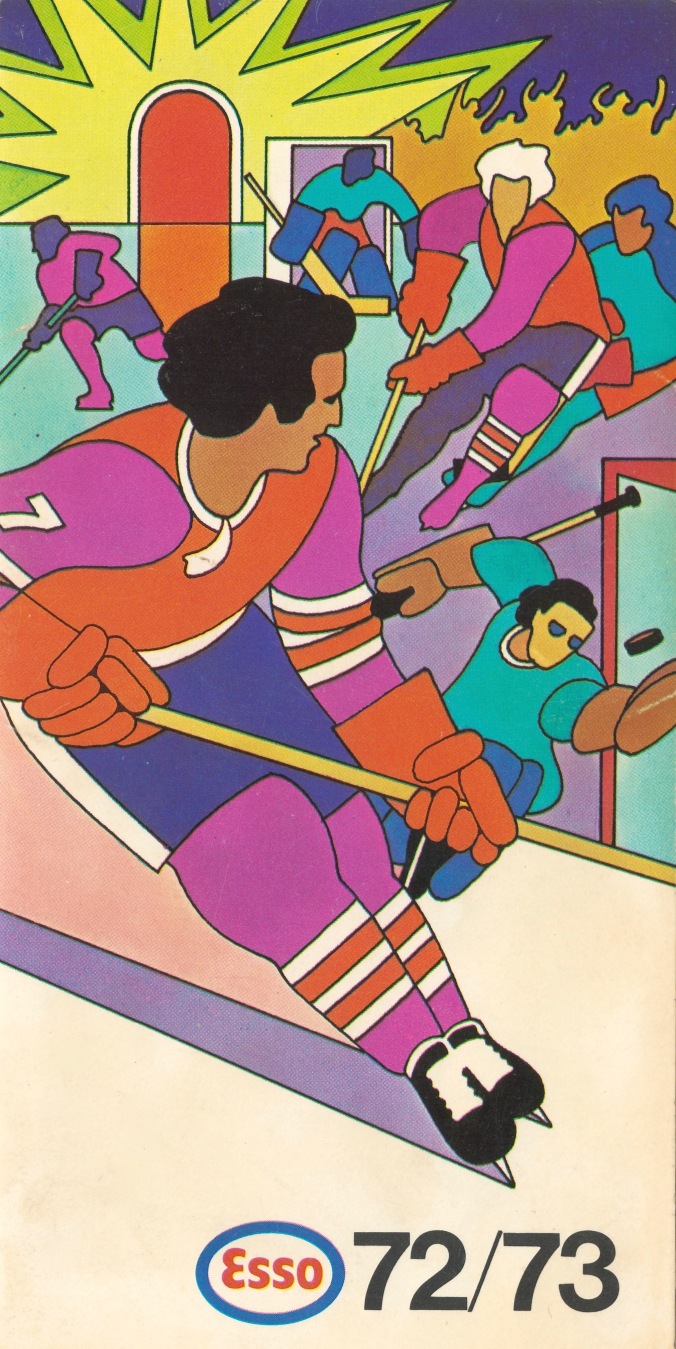 After four months of pandemical hiatus, the NHL and its players extended their CBA this weekend while agreeing on a plan to complete the 2019-20 season and get the Stanley Cup awarded by early October. With competitive games set to resume on August 1, Phase 3 of the NHL’s Return To Play plan gets going today as 24 NHL teams are on the ice for training camps. The league has answers to questions on just how it’s all supposed to work on tap here, along with a schedule of games (if it gets that far) here. Pictured: from a simpler if (gloriously) graphically gaudier NHL time, a pair of Esso pocket schedules.

One thought on “slouching towards bethlehem”