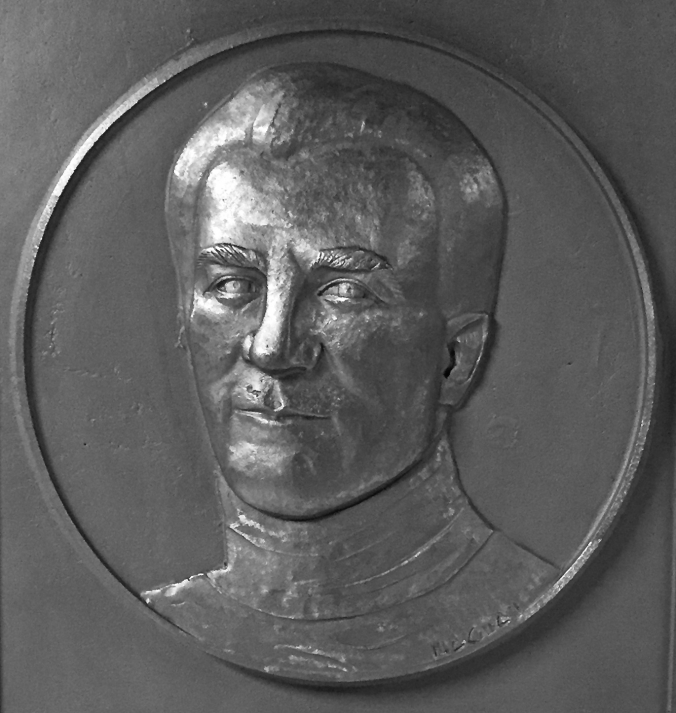 Canadien No. 1: Jack Laviolette’s likeness is enshrined along with other famous Canadiens in the lobby of the Bell Centre.

Born in Belleville, Ontario, on a Thursday of this date in 1879, Jack Laviolette became the very first Montreal Canadien in December of 1909, after Ambrose O’Brien founded the team in room 129 of the city’s Windsor Hotel and handed the 30-year-old defenceman the keys to the kingdom as captain and manager. One of Laviolette’s first signings was his old friend, teammate, and future fellow Hall-of-Famer Didier Pitre. While there was a famous court case over that, the two did eventually line up together that inaugural year, alongside the likes of Skinner Poulin, Art Bernier, and Newsy Lalonde, all of them garbed in the blue-and-white sweater shown here. (Canadiens went bleu-blanc-et-rouge the following year.)

An April report from Radio-Canada noted the recent unearthing of a fascinating photograph from that era. It shows the café that Laviolette owned at the time in Montreal’s Saint-Henri neighbourhood and is apparently annotated in Laviolette’s own hand: “This is wer [sic] I made the first Canadian hockey club.” (You can find reporter Olivier Tremblay’s report, in French, here.)

I’m not clear on what happened to Jack’s Café, which occupied a corner at rue Notre-Dame Ouest and chemin de la Côte-Saint-Paul, but it’s worth noting that Laviolette was still in the hospitality business in 1917, which turned out to be his final year in professional hockey. That year was the NHL’s first, of course, and even as Laviolette was suiting up that December for duty with Canadiens, he was taking over the management of the Joffre Café, in Hochelaga-Maisonneuve, just east of where the Olympic Stadium looms today.

Laviolette, who was a distinguished lacrosse player, too, in his time, and a renowned racer of fast cars, saw his sporting career come to an end in May of 1918 after he was involved in a traffic accident near the latter café, and surgeons had to amputate his right leg below the knee. There was talk that fall of Laviolette succeeding Lalonde as coach of the Canadiens, but it didn’t work out. Jack Laviolette died in 1960 at the age of 80. He was inducted into the Hall of hockey Fame in 1963.