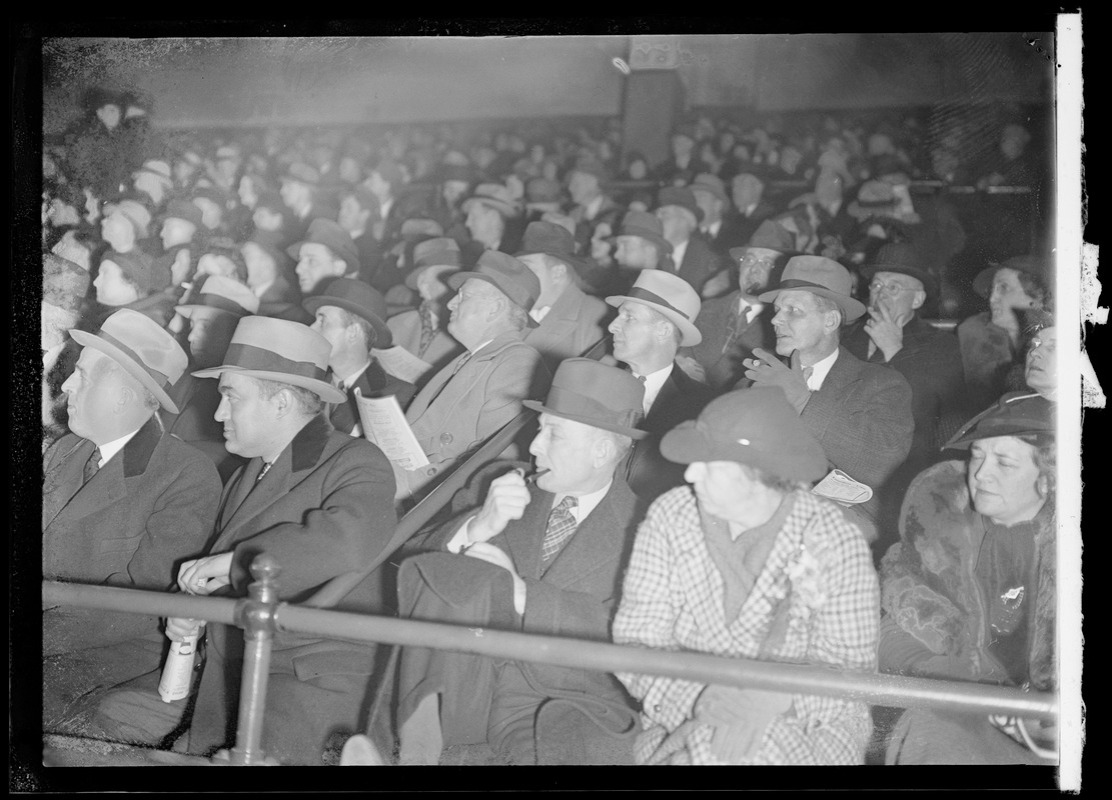 Smoke ’Em If You Got ’Em: Photographer Richard Merrill’s image of spectators at a Boston Bruins game comes with a date appended, February 14, 1937. The trouble there is that the Bruins were on the road that Sunday night, at Chicago’s Stadium. They did get home to their own Garden for a date with the Rangers the following Tuesday, February 16. The Bruins won their third in a row on that night, beating the Rangers 3-2 in front of a crowd topping 12,000. “When the Bruins paraded onto the ice to the familiar strains of ‘Paree,’” the Boston Globe noted, “they received the season’s most enthusiastic ovation.” Dit Clapper and Bill scored for the home team, with Leroy Goldsworthy notching the winning goal. Butch Keeling and Alex Shibicky were the Ranger marksmen. (Image: © Richard Merrill, Boston Public Library)