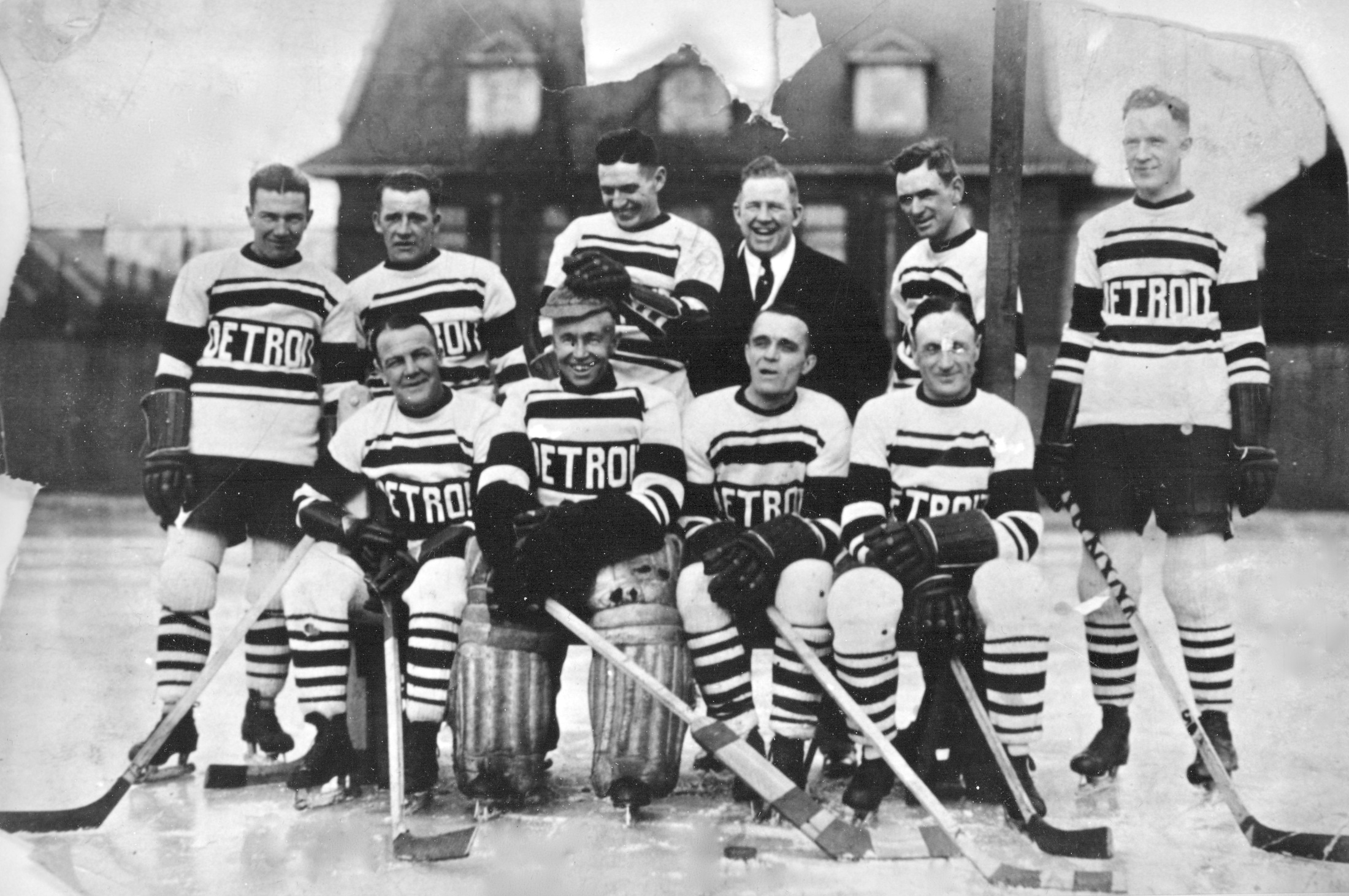 Cat Show: The Detroit Cougars, who became the Falcons and then the Red Wings, line up in Larry Aurie’s first NHL season, 1927-28. At the back, from the left, they are: Aurie, Carson Cooper, George Hay, coach and manager Jack Adams, Stan Brown, Gord Fraser. Sitting up front, from left, that’s Reg Noble, Hap Holmes, Percy Traub, and Clem Loughlin.

Born in Sudbury, Ontario, on a Wednesday of this same date in 1905, Larry Aurie was the first player Jack Adams signed when he took over Detroit’s fledgling NHL team in 1927. The Cougars they were then, soon to be Falcons, before they finally morphed, one more time, into Red Wings.

Aurie, a right winger, won two Cups with the team, in ’36 and ’37. With Nels Stewart, he jointly led the NHL in goalscoring in ’37, with 23 goals. Herbie Lewis and Marty Barry were habitual linemates during his 12 years with Detroit. When Aurie retired in 1938, team owner James Norris declared the number he wore, 6, be retired, and so it was, though it made a cameo in the 1950s when Aurie’s cousin, Cummy Burton, turned out for the Red Wings.

No-one has worn 6 in Detroit since, though the team won’t raise it high to the rafters of Little Caesars Arenato flutter alongside the team’s other numerical honourees, Sawchuk, Howe, Lindsay, Abel, Delvecchio, and Yzerman. The story seems to be that the current ownership thinks that because Aurie isn’t in the Hockey Hall of Fame, he doesn’t deserve the recognition. If that’s the case, it’s a bad one. Right that wrong, I say.

One thought on “a range of cougars”