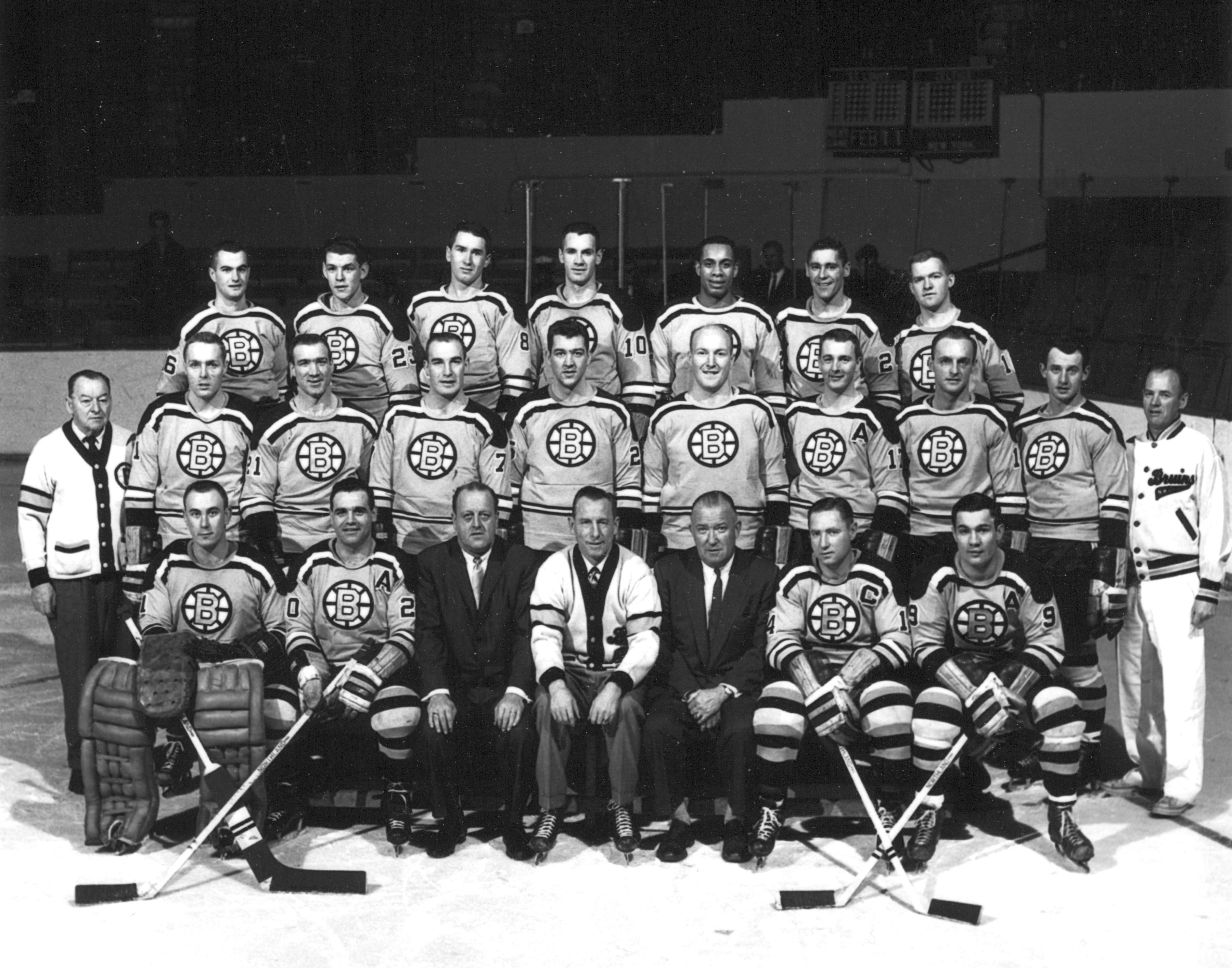 The Boston Bruins had a plan to raise Willie O’Ree’s number 22 to the upper reaches of the TD Garden tonight, in honour of his “trailblazing impact on and off the ice” — but then, you know, there’s this pandemic. Now, instead of a ceremony ahead of tonight’s fan-free game between the Bruins and New Jersey’s Devils, they’ll plan to do it (with full attendance, everybody hopes) on January 18, 2022 — 64 years to the day that O’Ree made his NHL debut. Of course, he wore 18 that particular night, and the next, when he and the Bruins tangled in a home-and-home series with the Montreal Canadiens. O’Ree took 22 when he returned to the Bruins’ line-up in the fall of 1960, the one seen here, with whom he played a more regular role over the course of 43 games. The first Bruin to wear 22? That would be defenceman Ed Kryzanowski, starting in 1948. Others to have borne it include Joe Klukay, Larry Hillman, Brad Park, and Brian Leetch. Shawn Thornton was the last Bruin to wear 22: it’s been out of circulation since he relinquished it in 2014.