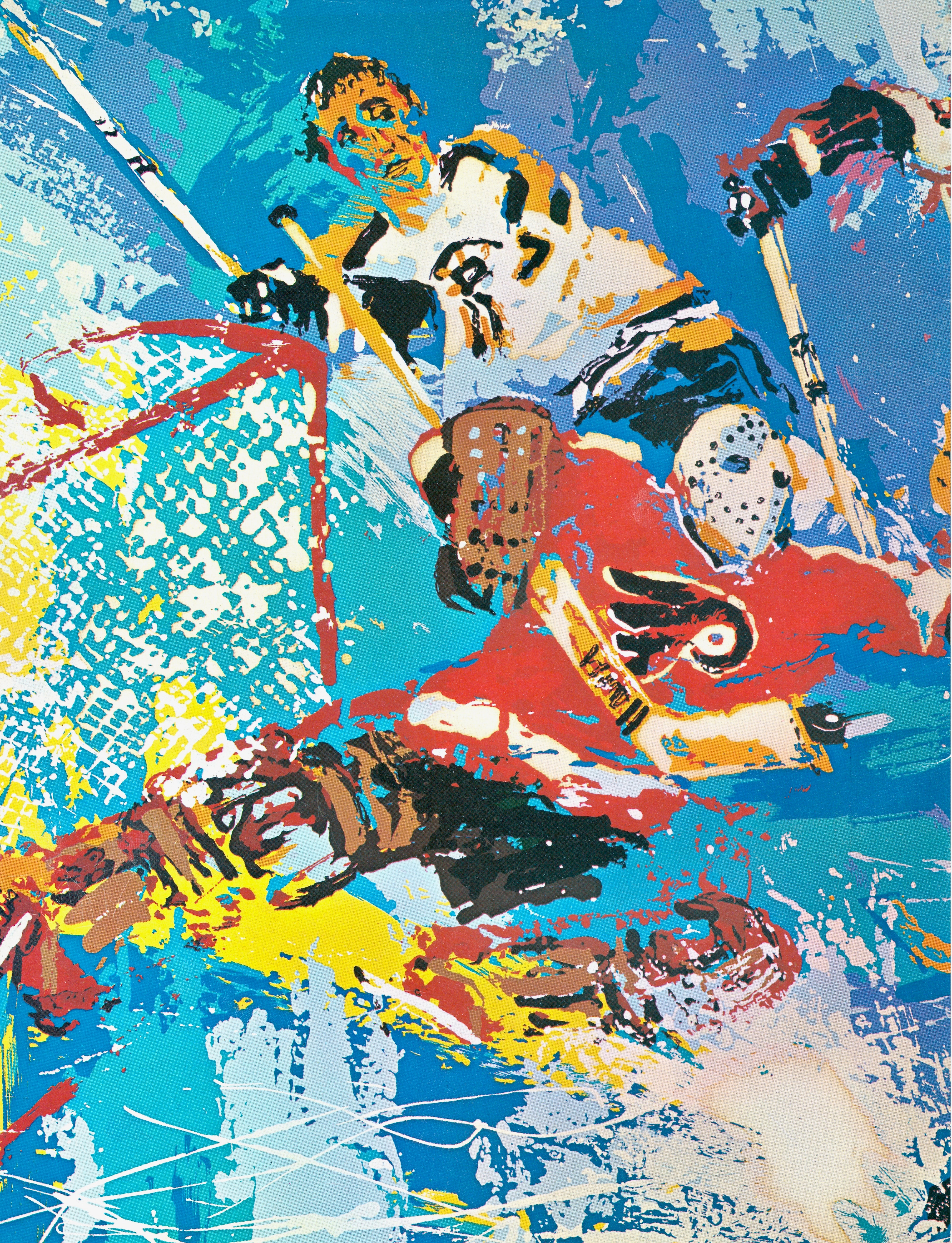 The Philadelphia Flyers visit Boston tonight for a game against the Bruins at TD Garden, so that’s reason enough to revisit the 1974 Stanley Cup finals as seen by the American artist LeRoy Neiman, no? Yes. The piece of the larger Neiman silkscreen that’s depicted here has Boston’s Phil Esposito buzzing Bernie Parent’s net. So: Game 2 at the old Boston Garden, on May 9, when Esposito scored a first-period goal to put the home team up 2-0? Maybe so. The Flyers stormed back to tie that game, then won it in overtime on captain Bobby Clarke’s goal. The series would go to six games before the Flyers claimed the first of successive Stanley Cup championships, with Parent (of course) winning the Conn Smythe Trophy as playoff MVP two years running.

A devout hockey fan —  samples of his other views of the game are here and  here and here — Neiman, who died in 2012, hailed from Saint Paul, Minnesota. It was while he was teaching at the Art Institute of Chicago that pucks and sticks and their artistic possibilities first caught his attention.

“The thing about painting hockey as opposed to other sports is the ice,” he said in 1977. “It’s a hard sheet of cold white-blue, and there’s something nice about that: hard and cold.” Of his style, he said, “The idea is not to be unclear, but to make clarity seem accidental.” 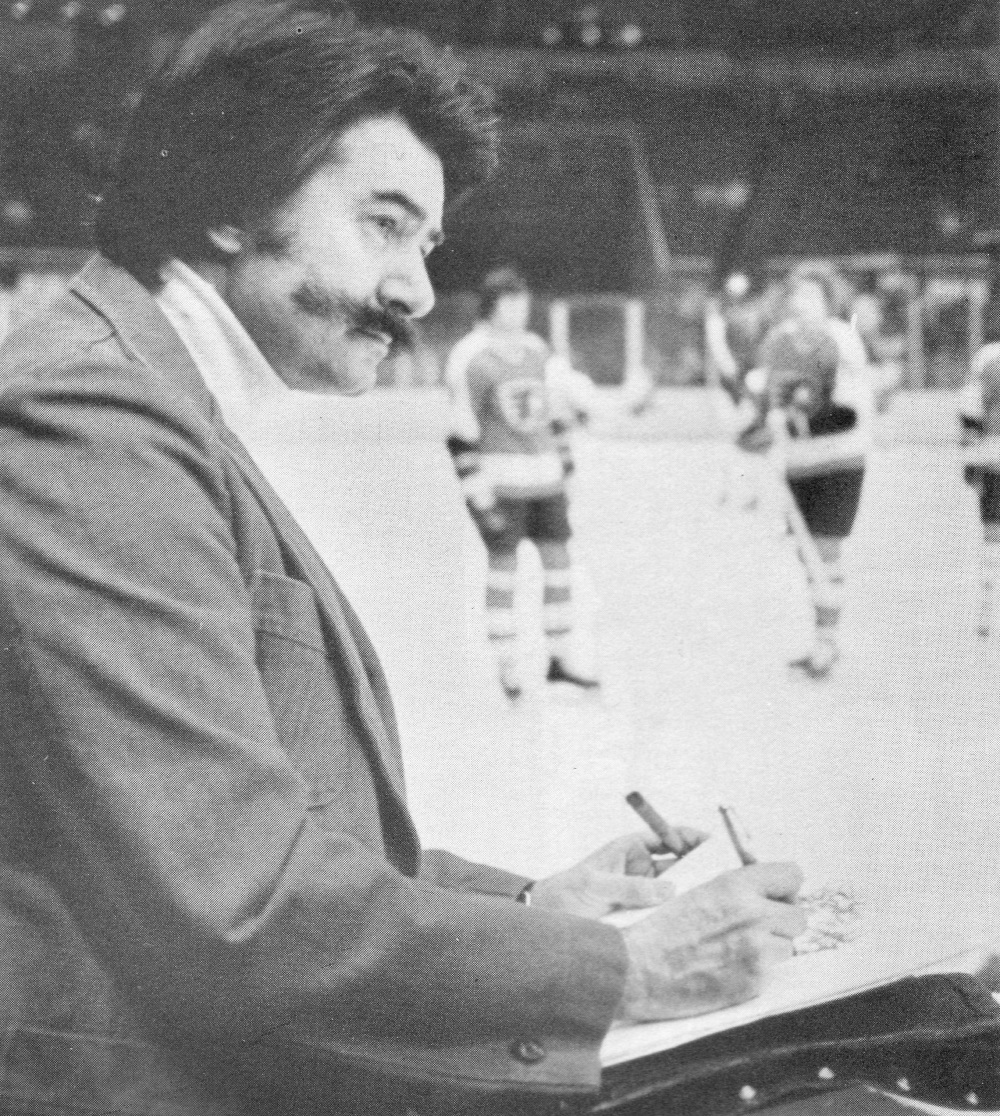 Still Life With Background Flyers: LeRoy Neiman and his sketchbook rinkside in 1974..