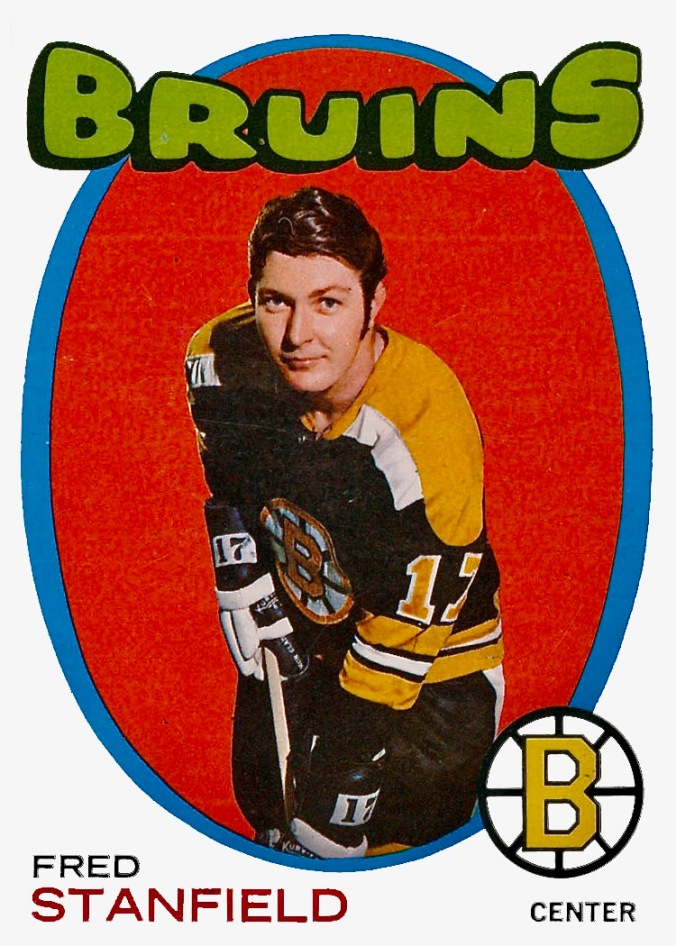 Saddened to hear the news that former Boston Bruins centreman Fred Stanfield has died at the age of 77. Born in Toronto in 1944, he broke into the NHL with the Chicago Black Hawks in 1964 before he was traded (along with Phil Esposito and Ken Hodge) to the Bruins in 1967 in exchange for Pit Martin, Gilles Marotte, and Jack Norris. In Boston, he often lined up with Johnnys Mackenzie and Bucyk, and in so doing, piled up six successive 20-goal seasons, aiding in a pair of Bruin Stanley Cup championships, in 1970 and ’72. He played two seasons with the Minnesota North Stars and parts of four others with the Sabres in Buffalo before he stowed his skates in 1978.