Hopefullessness: A Toronto bookstore shelf, circa 2018, showcasing some literary highs and lows. From left, Gare Joyce’s Young Leafs: The Making of a New Hockey History (2017); Christopher Gudgeon’s The Sound of One Team Sucking (2017); and Hope and Heartbreak in Toronto: Life as a Maple Leafs Fan (2012) by Peter Robinson.

You may not like it — it is a little cruel — but you have to at least, I think, pay grudging respect to the commitment to the bit: mockery on this scale takes time and planning and diligence.

A Twitter accounting of the (long) arc of the Toronto Maple Leafs’ futility when it comes to winning Stanley Cup championships is one thing, and impressive in its own way.

609 days since losing to an AHL Zamboni driver.#LeafsForever

To go to the trouble of self-publishing a 200-page book to troll the team and (I guess) its faithful: that’s on a whole other level.

Today might not be the best day for all this: I apologize if there’s a sting to it, on the morning after another dispiriting Leaf loss, last night’s 7-1 debacle at the gloves of the undermanned Pittsburgh Penguins. Friday night, of course, Toronto lost another one, at home to the San Jose Sharks. That leaves the team with a record of 2-3-1 to start the new season, just five points out of first in the Atlantic Division, tied for 21st overall in the NHL with the Tampa Bay Lightning, the presiding Stanley Cup champions, so … chin up?

Still the mood around the team is a little worrying.

Of note is how deep the #leafs malaise is infecting the fanbase — the team's underperformance is causing huge ripples. I've never seen the faith in the product so low.

The jeering from the bookshelf isn’t going to help that, I’m guessing. Still, it is my duty to report that this very fall, somebody has gone to the trouble of publishing a paperback called The Complete History of Toronto Maple Leafs Championships (in the Last Five Six Decades). The author is given as … Stan Lee Slump. Beyond an author’s note, table of contents, and page of wry blurbs, the pages are (yes, that’s right) … blank. It retails for C$14.95.

When it comes to anxiety and quick-settling despondency, only the devotees of the Montreal Canadiens can match those of the Leafs. I think that’s fair to say. The literary front is something else entirely: bookswise, no team has seen its tail so thoroughly snapped at by fans and followers over the years.

Some (not blank) exemplars from the calamitous (and ongoing) past: 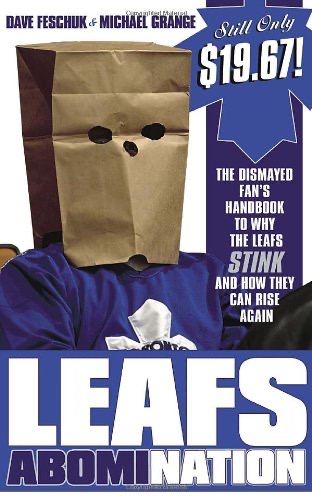 Leafs AbomiNation: The Dismayed Fan’s Handbook to Why the Leafs Stink and How They Can Rise Again (2009) by Dave Feschuk and Michael Grange 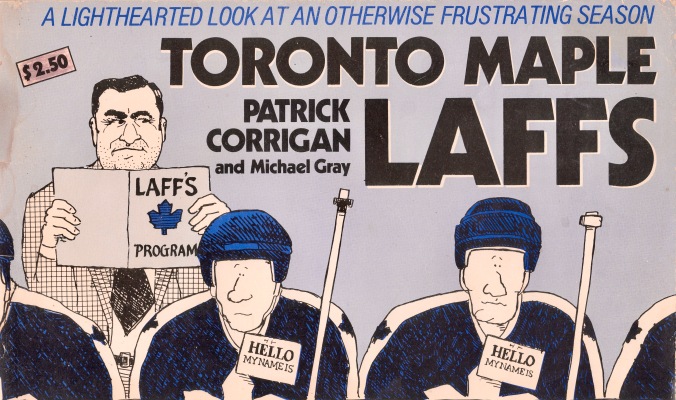