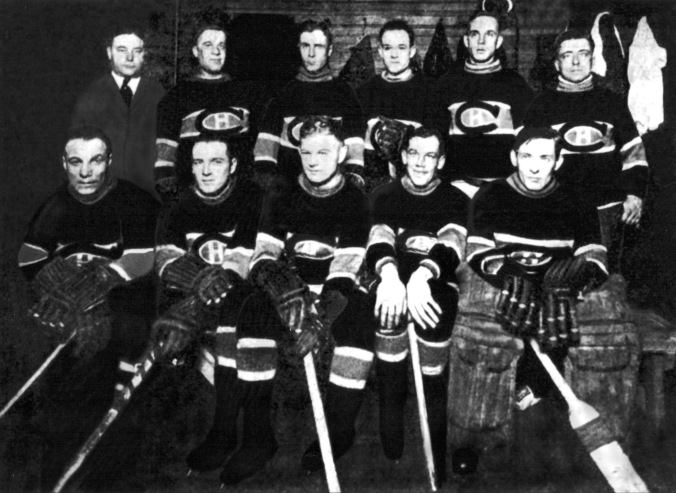 The last time the Montreal Canadiens played a competitive game in Seattle, they were up against the PCHA Metropolitans. It was March of 1919, in the time of another pandemic, and the NHL champions were on the coast to play for the Stanley Cup they’d yielded two years earlier. You know the story, no doubt: the teams played five games, and were about to play a sixth to decide the thing when an outbreak of Spanish flu stopped the series in its skates. With members of both teams suffering, the final game was cancelled. A week later, Montreal defenceman Joe Hall was dead of pneumonia at the age of 37.

Tonight’s the night the Canadiens return: 102 years after that fateful Stanley Cup final was abandoned, in a brand-new pandemic, the (modern-day) Montrealers make a return to Seattle to play the NHL newly minted Kraken. The rink is new, of course: Seattle Climate Pledge Arena is a 30-minute walk or so north of the old downtown Seattle Arena.

And so, as the present proceeds, a quick glance to the past. Along with a look at the team Montreal lined up in early 1919, here’s an oddment from an Ontario paper, published in early March of that year, as the Canadiens set out aboard the CPR’s Imperial Limited for the coast.

As it turns out, Montreal’s players, management, and (single member of) staff — the same 11 men seen in the image above — were insured (some more than others) against … well, it’s not quite clear just what potential calamities were covered by the policies they had, or whether any monies were ever paid out. It’s worth remembering here that George Kennedy, who was the owner of the Canadiens as well as team’s manager, was one of six members of the Montreal travelling party who was sickened by Spanish flu in Seattle in the spring of 1919. Kennedy never really recovered: he died a little over two years later, in October of 1921, at the age of 39. 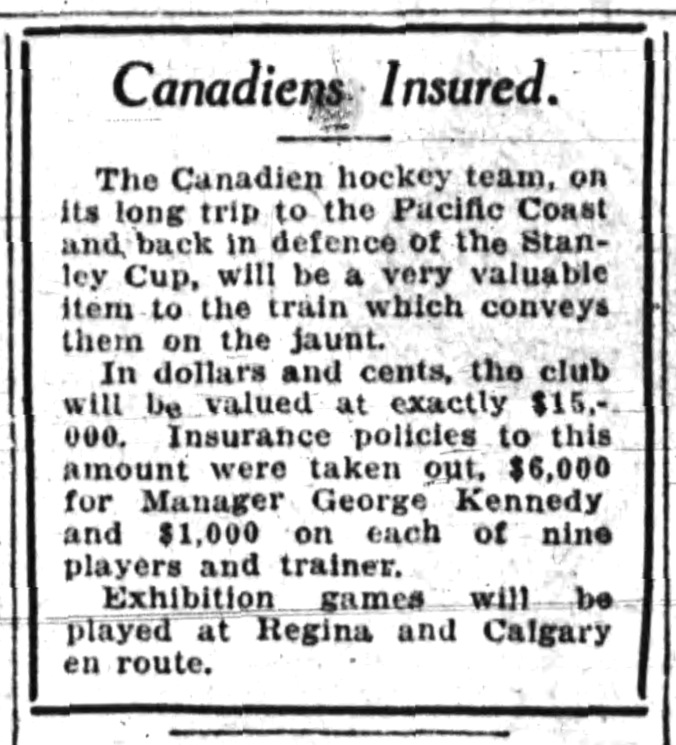