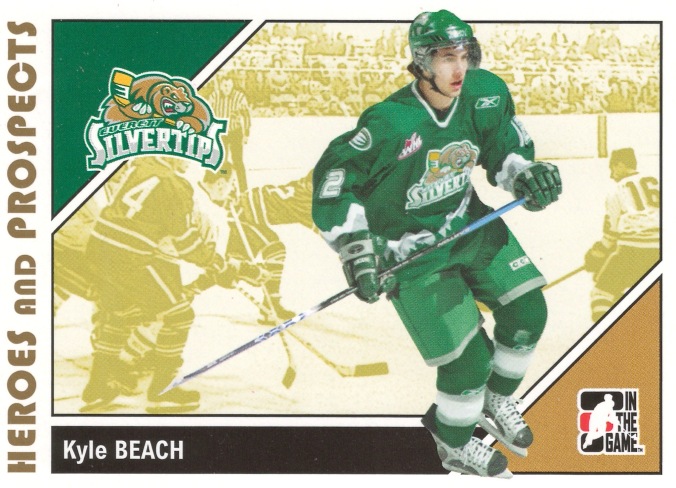 First Star: Kyle Beach as he was in collectible form in 2007, when he played left wing for the Everett Silvertips and was named the WHL’s Rookie of the Year. Now 31, he skates for Black Dragons Erfurt in Germany’s Oberliga. Eleven years after he was assaulted by one of his coaches with the Chicago Black Hawks —whose failure to act as an organization once they learned of the abuse is indeed more appalling than the NHL’s and the NHLPA’s willful ignorance in the matter, but by how much? — Beach gets the week’s — the month’s, the season’s — first star for the courage he’s shown in trying to change hockey’s toxic culture.

One thought on “profile in courage”