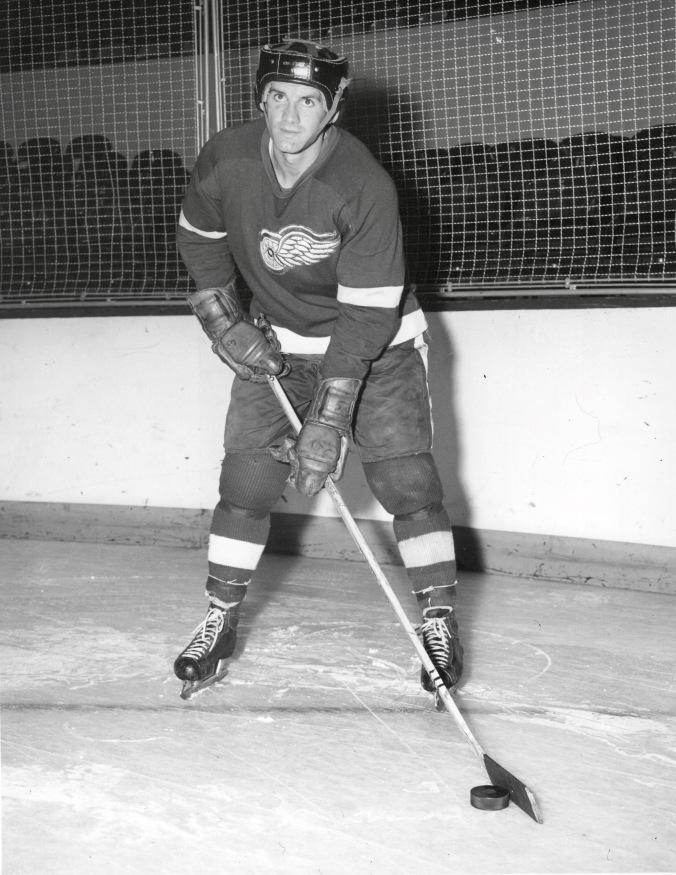 Sorry to hear of the death, late last week, of Charlie Burns at the age of 85. Born in Detroit in 1936, he grew up in Toronto and went on to join the OHA Junior A Marlboros in the early 1950s. He was 19 in 1954, starting his third year with the Marlboros, when he suffered a double skull fracture falling into the boards in an accident at practice. He underwent brain surgery, during which a silver plate was installed to stabilize his skill; he wasn’t expected to play hockey ever again. He recovered and did indeed return to the ice — wearing a helmet.

It was in 1958, with the Allan-Cup-champion Whitby Dunlops of the EOHL that Burns starred at centre at the World Championships in Oslo, Norway, when Canada won gold. His teammates included Harry Sinden and tournament-leading-scorer Connie Broden; a 21-year-old Burns distinguished himself an ace penalty-killer, and was named the tournament’s outstanding forward.

Burns launched into his NHL career that same year, with the Detroit Red Wings, and he went on to play 11 seasons, taking turns over time with the Boston Bruins, Oakland Seals, Pittsburgh Penguins, and Minnesota North Stars. Numberswise, his best year was 1968-69, when he notched 13 goals and 51 points for the Penguins.

Midway through the following year, 1969-70, Burns was named playing-coach of the North Stars, succeeding Wren Blair, the man who’d coached him with Whitby a decade earlier. After going 10-22-12 in the regular season, Burns saw his regime come to an end after the North Stars were eliminated in six games in the Stanley Cup quarter-finals by the St. Louis Blues. He does maintain the distinction of being the last playing-coach in NHL history.

After hanging up his skates in 1974, Burns served as assistant GM in Minnesota, making a return to the bench that year when he replaced Jack Gordon. His record that time around was 12-28-2 and in the summer of ’75, Burns gave way to a new coach, Ted Harris, returning to his GM duties.