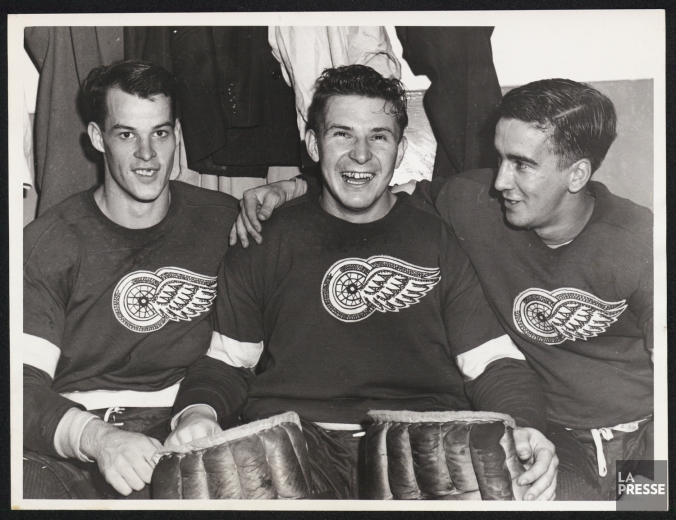 Apple Cheeks: Born in Owen Sound, Ontario, on this date in 1926 (another Thursday), Harry Lumley did his goaling for … well, everybody in the oldtime NHL but the Montreal Canadiens. He won a Stanley Cup championship in 1950 in Detroit, aided by these two epic Red Wings, Gordie Howe and Ted Lindsay. As a Leaf Lumley won the Vézina Trophy as the league’s top goaltender in 1954; he was elected to the Hockey Hall of Fame in 1980. (Image: Fonds La Presse, BAnQ Vieux-Montréal)