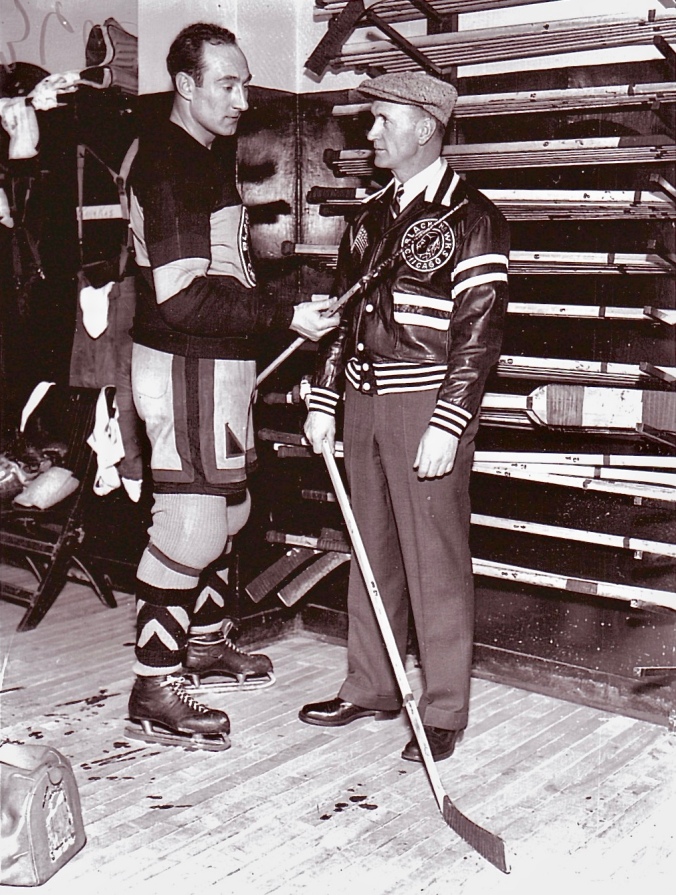 As boys growing up in Viking, Alberta, the Sutters knew him well: Brian did odd jobs at Clem Loughlin’s main-street hotel and out on his nearby cattle farm, and Darryl had him as a coach when he played midget in the early 1970s. “We idolized him,” Darryl would say years later, after he ended up taking the same job Loughlin had done 57 years before him. “I remember one bus ride to St. Albert or Stony Plain where I got to sit right beside him. I was amazed by all his stories. We didn’t have anybody in our town who’d done the things he’d done.”

Born in Carroll, Manitoba, on a Tuesday of this date in 1892, Clem Loughlin did a lot of hockey things in his time. A defenceman, he won an Allan Cup in 1915 with the Winnipeg Monarchs before turning pro with the PCHA’s Portland Rosebuds. He played a decade in the west-coast league, with the Victoria Aristocrats, who then turned into the Victoria Cougars, and shifted leagues in the WHL.

It was a powerful Cougars outfit that manager Lester Patrick assembled in 1925, with a 33-year-old Loughlin captaining a line-up that also included  Frank Fredrickson, Jack Walker, Frank Foyston, and Hap Holmes. That March, they beat the Montreal Canadiens to take the Stanley Cup in four games, the last time a team not from the NHL claimed the trophy.

Loughlin had a short NHL career after, joining the Detroit Cougars that same fall. After two seasons in Detroit, he played part of the 1928-29 season with the Chicago Black Hawks. After coaching the IHL London Tecumsehs, Loughlin returned to Chicago in 1935, succeeding Tommy Gorman behind the bench a year after Gorman had steered the Black Hawks to their first Cup.

Whatever the challenges of coaching in the NHL in the 1930s, Loughlin had the added burden of working for Major Frederic McLaughlin, the domineering coffee tycoon and former polo star who owned the Black Hawks and couldn’t leave the running of the hockey team to those with experience in the game. It was Loughlin who had to contend with his boss’s 1936 plan to do away with Canadian players and make do with only Americans. (McLaughlin also planned to re-name the team the Yankees.)

Loughlin dealt with the mandate from on high as best he could — and even defended McLaughlin all-American scheme. “It isn’t as silly as it sounds by any means,” he told the Montreal Gazette in early 1937. “I contend that most hockey players are made, not born. The superstars of the game, like Chuck Conacher, Howie Morenz, and Bill Cook, of course, are great athletes and were born to be headliners in hockey. But take some of these other fellows that aren’t athletes in any line of sport except hockey. It’s the only game some of them play, in fact. Coaching and an eagerness to improve themselves in a big-money game is what has made them capable players.”

“Of course,” he allowed, “the Major’s plan will take some time in developing, for we must practically at scratch in this thing. But, you may laugh at me or not, I do believe that the scheme has possibilities.”

Maybe so; we don’t know. It never really launched, and in May of ’37, Loughlin resigned his post. He back in Alberta by then, where he had his farm and his hotel. Major McLaughlin said he regretted the loss to the Black Hawks. “Our relations have been so extremely pleasant,” he said, “and he is a man of such high ideals and splendid character that he will be missed.”

Next up at the Chicago helm was Bill Stewart, the NHL referee and baseball umpire. The following year he did what Tommy Gorman had done and Loughlin, guiding the Black Hawks to another Stanley Cup.

“He was a real gentleman,” Darryl Sutter said in 2001,” always in a fedora and topcoat. He coached me my last year of midget. I don’t think Clem had coached anybody 40 years, but we needed somebody. He used to come out on the ice in his long black trenchcoat. And he had these skates, back to when he played. He had the date right on them. We loved of all of his stories.”

Clem Loughlin died in January of 1977 at the age of 84. It was 1992 when Darryl Sutter, now in his second stint as coach of the Calgary Flames, followed his mentor’s footsteps to the Blackhawks’ bench. In ’01, when he was coaching the San Jose Sharks, he had a photograph of Loughlin hanging on the wall of office. By then, another Loughlin acolyte, Brian Sutter, had taken over as Chicago’s coach. 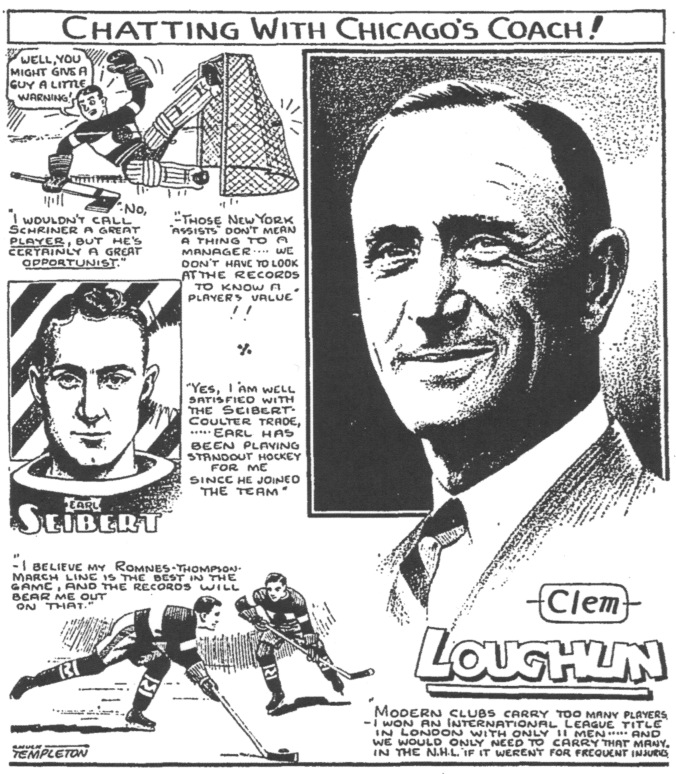 Coaching Clinic: Clem Loughlin weighs in with Toronto’s Globe in 1936.