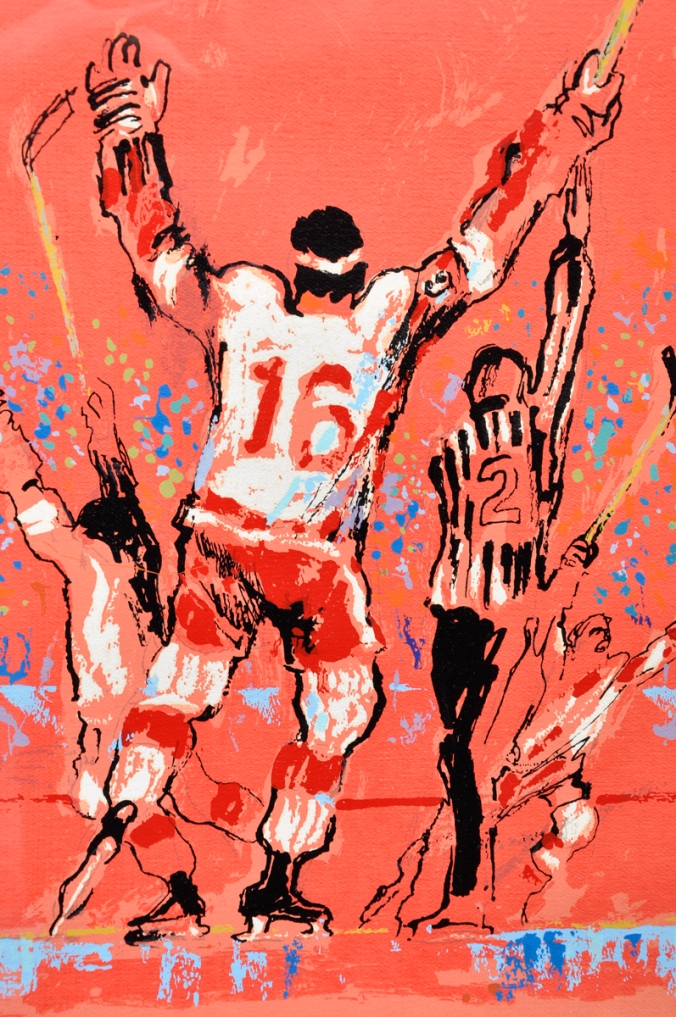 Sweet Sixteen: Born in the hockey hotbed of Warroad, Minnesota, on a Friday of this date in 1951, Henry Boucha is 71 today. A centreman, Boucha helped the United States win a silver medal at the 1972 Winter Olympics in Sapporo, Japan. His NHL career spanned six seasons, during which he skated for the Detroit Red Wings, Minnesota North Stars, Colorado Rockies, and Kansas City Scouts; he had a season, as well, with Minnesota’s WHA Fighting Saints. That’s him here, numbered 16, sporting his trademark headband, in LeRoy Neiman’s vivid 1973 serigraph, “Red Goal.” His happy teammates are harder to identify. Tim Ecclestone? Nick Libett? The referee has a bit of a Ron Wicks air to him — unless it’s a Lloyd Gilmour look?