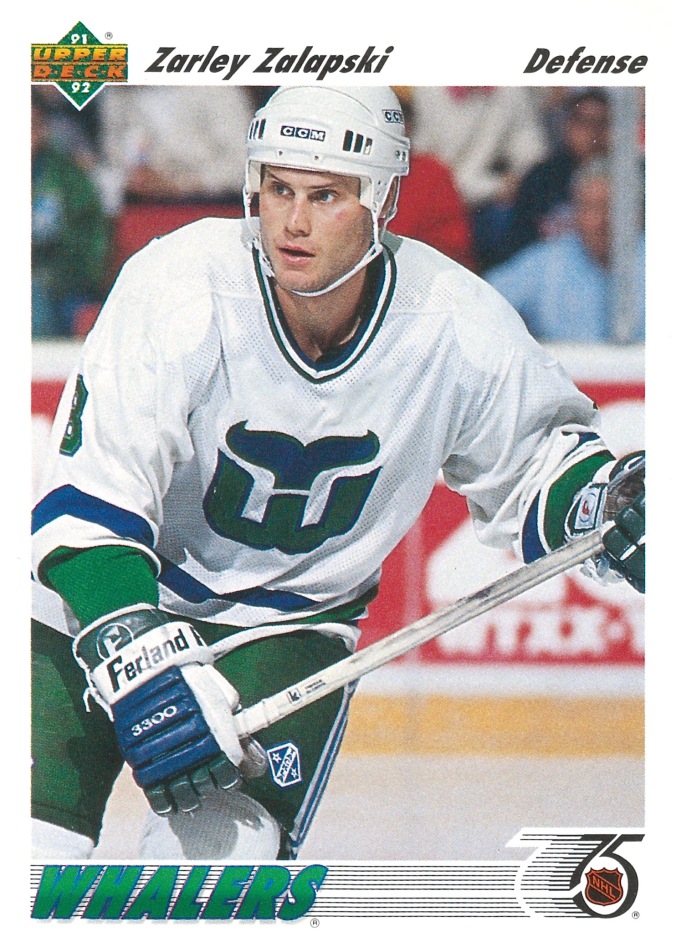 Bad news today from the NHL: former defenceman Zarley Zalapski has died at the age of 49. Born in Edmonton, he played 12 NHL seasons, mostly for the Calgary Flames, though he also skated for Pittsburgh, Hartford, Montreal, and Philadelphia. “I played defence,” he once recalled, “’cause we were short defenceman.” His father disagreed: as Zarley’s earliest coach, Len Zalapski said he’d consigned his son to the blueline. “I always had a theory that defencemen get more ice time.”

Long before Ken Hitchcock found his way to the Stars’ bench in Dallas, he cut a 15-year-old Zalapski from his team in Sherwood Park, Alberta. (The coach confessed his regret, later.) In 1984 the Penguins drafted Mario Lemieux first overall, and they followed that up in ’85 by claiming Craig Simpson. Zalapski was next: Pittsburgh made him their first-rounder in ’86, fourth overall. He also wore the maple leaf, patrolling bluelines for several Team Canadas. At the 1986 Izvestia tournament in Moscow, he was voted top defenceman ahead of Vyacheslav Fetisov and Alexei Kasatonov. At the 1998 Winter Olympics in Calgary (Canada finished fourth), he joined a defensive corps that also counted Randy Gregg and Trent Yawney. “I’ve never really expected anything out of hockey,” Zalapski said in those years. “It really didn’t matter as long as I kept at it, kept enjoying it.”

The name? His father borrowed that from his favourite golfer, Kermit Zarley. “It’s always worthwhile if you have a unique name,” Len Zalapski said. 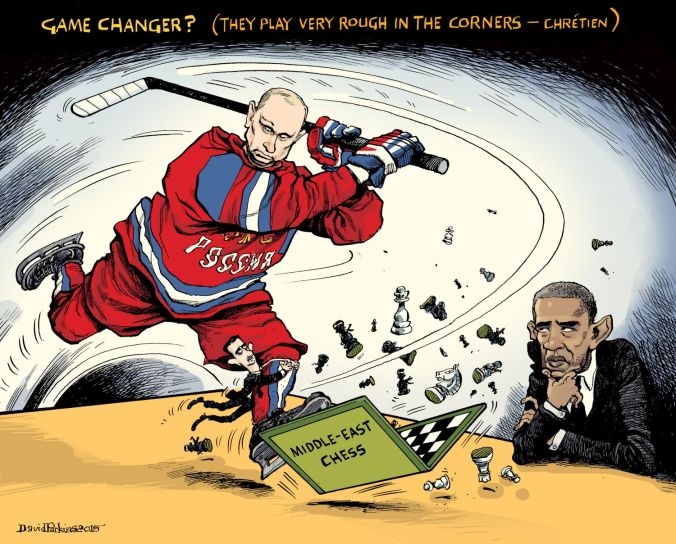 Depends, I guess, on how big a hockey fan you are, but if you’ve got tomorrow circled on the calendar, chances are you’re either eagerly looking ahead to the start of a new NHL season or else counting down to the annihilation of the world by fire, which several Christian groups say is imminent.

You might also be Russian President Vladimir Putin, who’ll be turning 63 on Wednesday. Whatever may be happening elsewhere, it’s hard to see him altering his birthday plans. “Tomorrow, Putin will play hockey,” the presidential spokesman, Dmitry Peskov, announced today. He’ll be spending the big day in Sochi, Russia, skating with a gang of old friends, oligarchs, powerful politicians, and hockey heroes.

RIA Novosti recalls that the last time the Russian leader played in Sochi was at a “gala match” in May, when Putin’s team Armageddon’d the other guys 18-6 on the strength of eight presidential goals.

This time out, he’ll be joined on the ice by the Rustam Minnikhanov, president of the Russian federal republic of Tartarstan, and Russian Defence Minister Sergei Shoigu, along with the brotherly gas and power oligarchs Arkady and Boris Rotenberg. I don’t know whether there’s room for them on Putin’s team, whose line-up already includes actual hockey players like Pavel Bure, Vladimir Myshkin, Vyacheslav Fetisov, and Alexei Kasatonov. They have, the Russian press is reporting , already prepared a little surprising something for Putin.

“It is a gift from all the hockey stars of the world of hockey in a sign of respect,” Fetisov told Business Online. “We think he’ll like it.”

Fetisov also testified to the president’s outstanding physical fitness. They scrimmage together often in Moscow; according to the former Soviet captain, they can sometimes skate for a half-hour without Putin showing any fatigue.

This comes not quite a week after former Canadian prime minister Jean Chretien suggested that Canada should be glad of Russia’s military efforts in Syria.

Campaigning for Justin Trudeau’s Liberals in British Columbia last Thursday, Chretien opined that the West shouldn’t scorn Russia’s involvement in the fight against the Islamic State because … well, as mentioned, he’s a hockey player.

“I met Putin,” Chretien said. “He’s a tough guy. He’s clear-minded. But to run Russia you cannot be a pussycat. They play hockey very rough in the corners.”

(Illustration from The Globe and Mail, October 5, 2015, courtesy of David Parkins, http://www.davidparkins.com)