Spit-Take: As Germany prepares to play for Olympic gold in South Korea, a glance back at what passed for hockey humour (and sports enthusiasm) at the 1936 Winter Games, when the Germans were the home team at Garmisch-Partenkirchen, and finished tied for fifth place in a field of 15 teams. 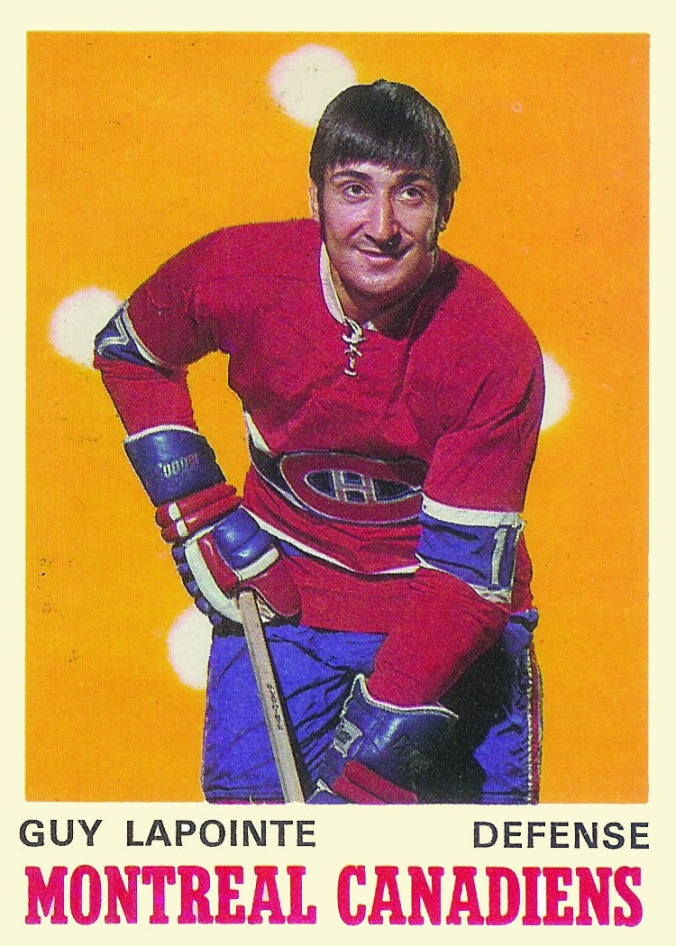 “His father was a fire captain” is a phrase you sometimes see in biographies of Guy Lapointe, who’s 66 now, usually right before a mention that he was all set to become a policeman before hockey claimed him. Tonight, just before the Montreal Canadiens raise Lapointe’s number 5 to the rafters of the Bell Centre, a few notes on his career might be in order. For example:

Growing up, in Montreal, his favourite player was Jean Béliveau. He only started playing hockey at the age of 13, and never dreamed of playing for the Canadiens: he didn’t think he was good enough. When he was invited to his first Montreal training camp, his dad had to browbeat him to go. He thought his chances of making the team were zero.

When he turned professional, he spoke not a word of English, according to the Hockey Hall of Fame. Teammates laughed at him, until he threw one of them over the boards. The first time he sat in the Montreal dressing room, getting ready to play his first game, he could hardly tie his skates, due to nerves and the excitement of looking at Béliveau across the way. His first year in the NHL, Montreal won the Stanley Cup. It was unbelievable.

That’s what he said, not me. Also him: from the moment you’re a Hab, you learn about winning. You can’t accept even a single loss.

He was a dominant force, says the Hall, and to be reckoned with. He was one of The Big Three, obviously, with Larry Robinson and Serge Savard.

Youthful inconsistency is a phrase you sometimes come across regarding his play before he graduated to the Habs. Less obtrusive were words applied to his style in 1973, compared to Bobby Orr and Brad Park. “He’s strong,” said Béliveau. “Not just when he shoots, but in everything he does. He does everything strong.”

In 1973, just before the Canadiens won another Cup, he was the undisputed choice for the Conn Smythe Trophy, according to The Gazette in Montreal. Coach Scotty Bowman thought so, as did his counterpart from Chicago, Billy Reay. Lapointe was the one to pick the team up when they floundered, I guess, plus he was playing the powerplay and the penalty-kill and also scoring and, too, in the dressing room, he charged up his mates with some spicy invective.

But then Yvan Cournoyer won the Smythe instead — Le Chinois. I don’t know what happened.

Lapointe’s nicknames included Pointu and Le Pompier. He does a lot of swearing in Ken Dryden’s The Game (1983). He did 20 push-ups every night and another 20 when he woke up in the morning, while also playing a regular game of handball, fast. He was almost always the last player to leave the ice at practice. In The Game, Dryden alludes to this while also pinpointing personal burdens that may have affected Lapointe’s game before adding this:

… when the slate is clean and it is just him and the game, Pointu plays with the unrestrained joy of a boy on a river, uncomplicating the game for all of us.