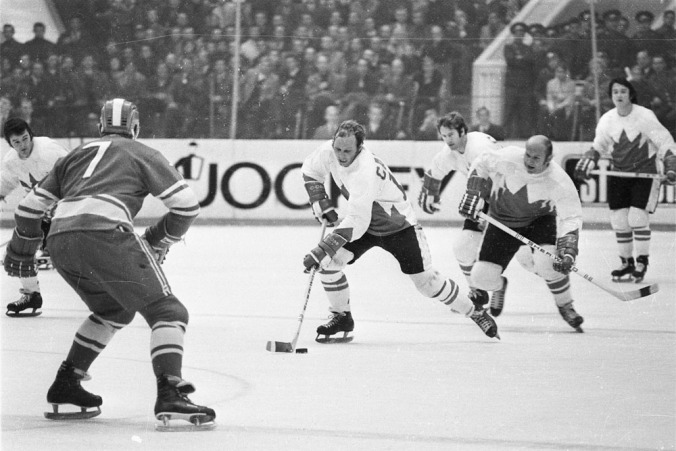 Incoming: It was on a Friday of yesterday’s date — September 22, 1972 — that the Summit Series resumed at Moscow’s Luzhniki Ice Palace with the Soviets picking up where they’d left off in Vancouver on September 8 by upending Team Canada 5-4. Down 3-0 going into the third period, the home team scored five goals in the third for the win. With three games remaining, that left the Soviets with a commanding 3-1-1 lead in the eight-game series. Seen on the puck here is Canada’s Dennis Hull, flanked on his left by Jean Ratelle, Gary Bergman, and Gil Perreault, with Rod Gilbert swinging wide to his right. Backing up is Gennady Tsygankov. (Image: Frank Lennon. Library and Archives Canada, e010933350)